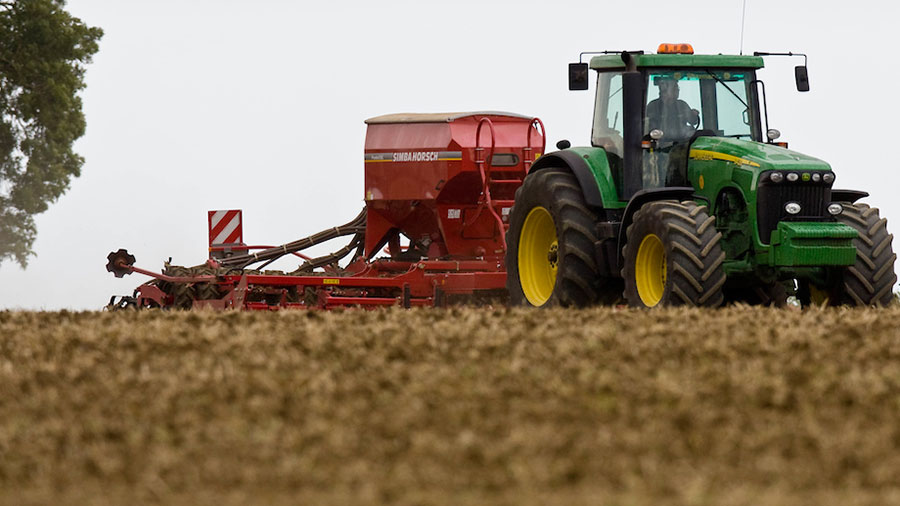 The very wet winter of 2019 left many wheat growers struggling to get crops in the ground, particularly those who opted for delayed drilling for blackgrass control.

Based on that experience, some farmers may be tempted to get their drills out earlier this autumn to help guarantee crop establishment and rectify the financial pain of the limited wheat area going to harvest this year.

But growers who decide to drill wheat earlier this coming autumn will need to consider the downside in terms of poorer grassweed control and higher disease risk.

Farmers Weekly looks at the arguments for and against drilling earlier this season, its potential implications on blackgrass control and how three farmers are planning their approach.

The shift towards late-sown winter wheat crops has always increased the risk of more extreme weather when it comes to drilling. There are also yield penalties of up to 10% and quality deductions of 2.8kg/hl, because of crops suffering from a shorter growing season.

Despite this, Ben Giles, commercial technical manager at crop science firm Bayer, highlights that the single most important factor in reducing blackgrass is delayed drilling, which has proved vital in many successful blackgrass strategies.

In fact, the benefits of a later sowing date for grassweed control significantly outweigh its risks, with weed infestations falling by 33% when drilled during mid-October compared with mid-September.

“Blackgrass is definitely lurking in our soils and there is plenty of weed seed waiting to germinate this autumn so I don’t think farmers are likely to significantly change their drill regime if they have known grassweed issues,” says Mr Giles.

However, he points out that some growers may take advantage of the increased spring cropping area which successfully controlled weed populations, by planting crops earlier during September.

Drilling early brings many benefits such as reduced seed costs, improved lodging resistance and greater yields, but with this comes a greater risk of grassweeds, disease pressures and potentially more costly inputs. 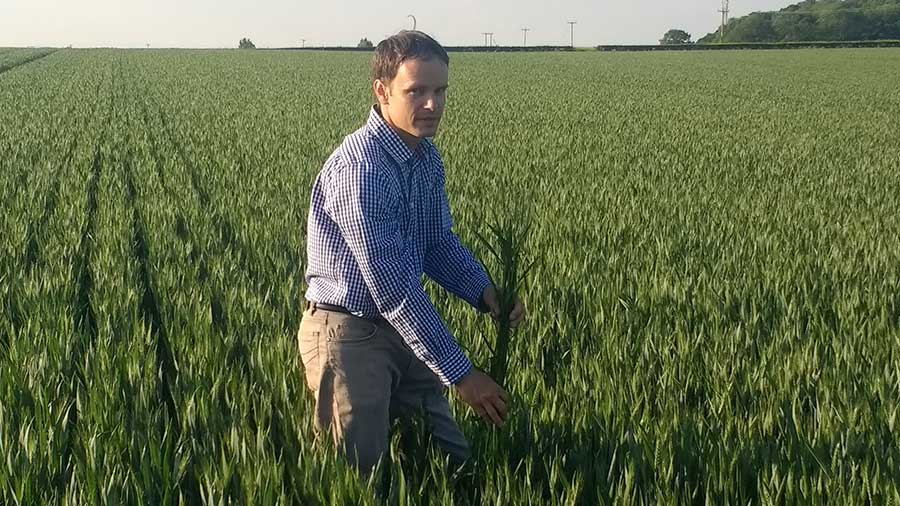 He plans to start drilling in early October on fields with lower blackgrass populations, after he was unable to plant any winter cereals due to the wet autumn.

Blackgrass is the key consideration when it comes to drill date, ensuring a good flush of the weed, which is later removed with glyphosate.

“The residual herbicides have greater longevity and work better when soils are cooler and contain more moisture,” he says.

Disease and pest management are also important secondary considerations when it comes to drill dates, as later-sown crops have lower disease threats.

“October drilling significantly reduces barley yellow dwarf virus risk, but it is still likely to require an insecticide depending on the season,” he says.

Mr Tolley also adds that although the key to preventing septoria is variety choice, delaying drilling reduces the disease pressure, which is particularly important now the use of the fungicide chlorothalonil is prohibited. 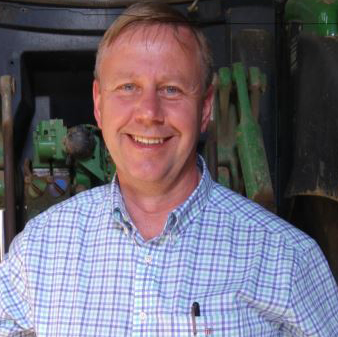 Another grower who opts for late drilling to control blackgrass threats is Matthew Copley, farm manager and agronomist of the 1,350ha Nostell Estate. He is based across three farms in North Lincolnshire and North and West Yorkshire.

This year, however, he planted 160ha of unplanned spring barley as a result of the wet autumn, leaving a further 152ha fallow. He now plans to drill winter wheat after fallow land two to three weeks earlier than usual, to get some crops in the ground.

“I will drill a little earlier this year on land that has been fallowed and has had plenty of time for blackgrass to germinate in the top layer of soil. This is assuming there is sufficient moisture for pre-emergence herbicides to be effective, but if it is very dry, we will wait,” he says.

He admits that the forced shift of additional spring cropping has been beneficial, significantly reducing blackgrass levels, with emerging weeds wiped out with a glyphosate application.

Mr Copley says farming is a long-term game and blackgrass control is extremely challenging, which is why he is otherwise sticking to his usual drill programme.

“It is in our nature to crack on and get things drilled up, but it is important to remember that crops need drilling well or not at all,” he says.

“Having the conditions good on the day is key, but growers need to account for the weather that follows, as this is also very important.” .

Fortunately, due to the spread-out nature of the estate’s three farms and use of contractors, the farm team have access to a range of machinery to help them maximise optimum drill and spray timings.

Mr Copley’s main advice to growers is to get back to basics by repairing any structural damage from last autumn and only drill when conditions are right, rather than based on date, while also remembering margin is more important than yield. 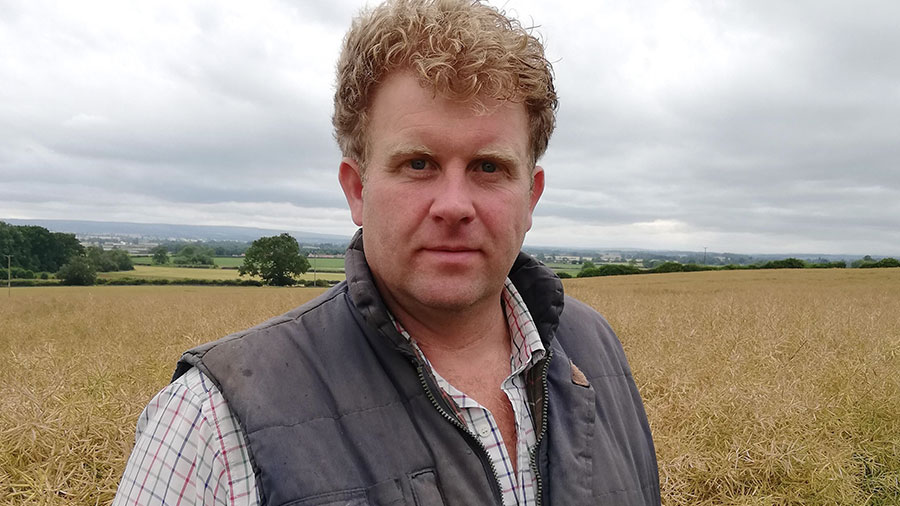 County Durham mixed farmer William Maughan, who farms west of Darlington, is adopting a horses for courses approach on his 160ha of arable land, where he hopes to grow 90ha of wheat next autumn.

Mr Maughan plans on tweaking a few basics to his drilling programme, by working on a field-by-field basis to stagger drill dates to ensure he can get crops in the ground, accounting for soil type and weed pressure.

“Once the weather closes up here, we do not get much opportunity to get going again, so we aim to start getting crops in the ground early to give us more options, flexibility and spread our workload,” he says.

A relatively static rotation is grown at Denton Grange West Farm, consisting of two wheat crops, averaging 10t/ha, followed by winter barley and oilseed rape with some spring barley and bean crops, alongside his poultry and beef enterprises.

This year, more spring crops were sown than originally planned, so Mr Maughan hopes to get his rotation back on track by starting drilling one-quarter of his wheat from 10 September this autumn, with second wheats following in the first half of October.

Mr Maughan explains how choosing the right variety to suit the situation is key, which is why he opted for Graham for early-drilled first wheats, grown on lighter soils with no blackgrass history.

“We have grown Graham for a couple of years because it’s a safe, clean variety that suits our early drilling slot. Choosing a clean variety offers us the reduced disease risk, meaning the same cost of production as a later sowing date,” he explains.

Blackgrass isn’t much of an issue on the farm, but a couple of fields suffer with a few patches, which he suspects came in from contaminated poultry feed.

Heavier land going into second wheats with previous blackgrass issues will be drilled as late as possible – ideally mid-October if weather permits. Here, the variety Extase will be grown for the first time for its vigour and disease resistance.

“Another challenge this year is that many crops were drilled late, which will push harvest back into September, and this will put pressure on plans for next season,” he admits.

He advises other growers to avoid a knee-jerk reaction due to the challenges of last year, as people can get caught out if they completely change their drilling approach.