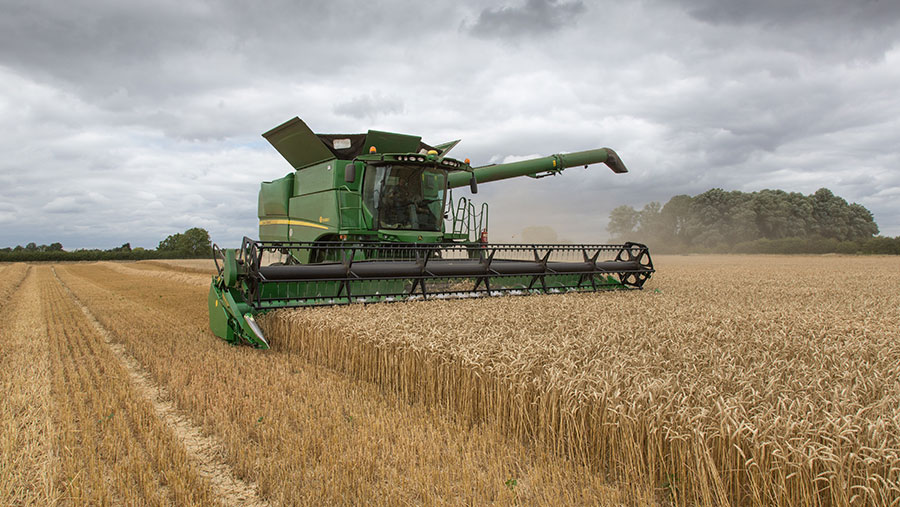 Cereal growers looking for wheat varieties most suited to later drilling dates should opt for those that are more vigorous, with good tillering ability and a rapid speed of development.

These characteristics are useful when soil temperatures have dropped and crops take longer to emerge, as they help to offset the greater risk from soil pests and adverse conditions.

While the AHDB Recommended List gives guidance on how varieties perform when sown late, there will also be regional and seasonal differences to take into account, as well as other considerations as drilling gets very late.

In October, almost every winter wheat variety on the list can be drilled with success and there’s no need to make specific variety choices, believes Clare Leaman, Niab Tag’s cereals specialist.

“In many respects, drilling wheat in October is a better time for it than the first week of September,” she says. “It’s only when we’re getting into late November and December that the variety story changes.”

The big advantage of later drilling is that disease pressure and straw management issues become less relevant, so fears about disease susceptibility and lodging risk are less valid.

This means that varieties such as Siskin and Crispin come into contention, as their straw strength can be managed, while choices like Barrel see their septoria risk reduced as drilling is delayed.

“Worries that you may have with these varieties when they are drilled in September are reduced by later sowing dates,” points out Mrs Leaman. “It can really help with their management and keep costs down.”

A few years ago, good variety choices for late drilling were considered to be Santiago and Dickens – both of which will still perform well in that slot. Of the current newly recommended varieties, Gravity and Gleam look promising, as does Kerrin.

“There is only limited data behind these new varieties, but they appear to have the right characteristics for drilling in November. We will have more information on them after another year,” says Mrs Leaman.

Varieties that are slow to develop should be avoided for the latest drilling slots, she suggests.

After Christmas, the situation changes again, as there can be vernalisation issues with winter varieties. In this situation, it may be better to switch to a spring wheat, which has a wide drilling window and can be sown when conditions are suitable.

“In all of our late drilled trials, the date has proved to be less important than the soil conditions. If the soil is in the optimum condition for drilling, the results are likely to be good. If it isn’t, be prepared to wait,” she says.

Growers with heavy land can have a dilemma with this advice, she accepts, as they are often reluctant to wait too long for fear of being unable to drill until the spring.

“This is why there will be seasonal effects, and giving advice ahead of a new cropping year is difficult. Seed rates have to be increased and the most appropriate seed treatment used when drilling later.”