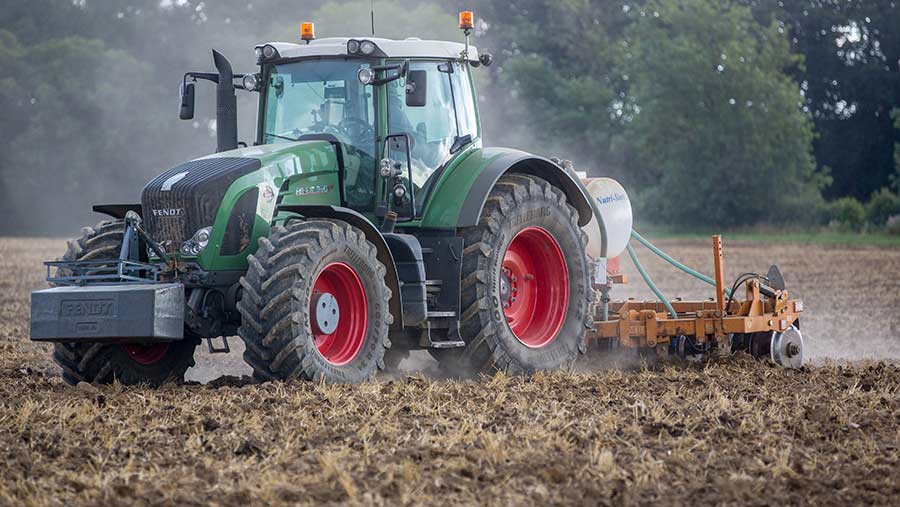 Establishment is widely recognised as the main challenge when it comes to growing a successful crop of oilseed rape, get it wrong and yield potential is compromised from the start.

With its small seed size, oilseed rape is particularly susceptible at the seedling stage, when poor seed-bed conditions, unpredictable weather and pest pressures can turn a risky situation into crop failure.

Crops which establish quickly and get off to a good start in mild autumn conditions are better able to withstand these pressures and are far more likely to reach their full yield potential.

That yield potential is anything up to 9t/ha, suggests the team behind the Adas YEN competition, which saw the 2017 winner achieve a yield of 6.4t/ha.

Their findings show top-performing farms often see yields in excess of 5t/ha, although the average oilseed rape yield in the UK is closer to 3t/ha.

Their work also shows seed number and seed weight determine oilseed rape yield. To maximise seed number, the canopy has to be managed to reach the right size at flowering so it will go on to produce the optimum pod number.

Establishment, along with seed rate and nutrition, are the key factors in achieving this.

To get good crop establishment, growers must look at soil conditions before they focus on any agronomic considerations, as the crop is more likely to establish successfully in a well-structured soil.

Soil conditions should also dictate the time of drilling, rather than calendar date. This is illustrated by the range of sowing dates used by the YEN entrants, from 6 August to 15 September, with the average sowing date being 23 August.

Analysis by Bayer shows the UK oilseed rape crop is drilled about two weeks earlier than  five years ago. Sowing dates in the third week of August are now the most popular.

As with most crops, the aim is to create a seed-bed with a fine tilth. A useful rule of thumb is the smaller the seed, the smaller the aggregate needed around it – there is research to show percentage establishment falls dramatically as aggregate size increases.

Good seed-to-soil contact is important for best results, as it allows moisture to get through the seed coat and give good germination. In dry conditions and on heavy soils, soil aggregate size influences the potential for this.

Where soil structure is good, it can usually be drilled without any further action. However, some soils will need some help, as compaction inhibits oilseed rape root growth and limits its access to moisture and nutrients.

Any restructuring done for oilseed rape should have benefits for future crops, helping to spread the cost of the operation.

A good soil structure that allows water infiltration will also reduce the risk of any herbicide run-off and help to protect watercourses – something becoming increasingly important for preventing restrictions on their use.

Assessing soil structure should start with the previous crop, or just after harvest, explains Philip Wright, independent consultant at Wright Resolutions, who suggests the following steps:

“It’s all about providing the optimum conditions for crop growth,” he explains.

“With oilseed rape, you are placing the seed at a precise depth, which you can’t do with a cloddy seed-bed or where there’s a compacted layer.

“Remember too that residue management can affect establishment, especially if surface trash is poorly distributed.” 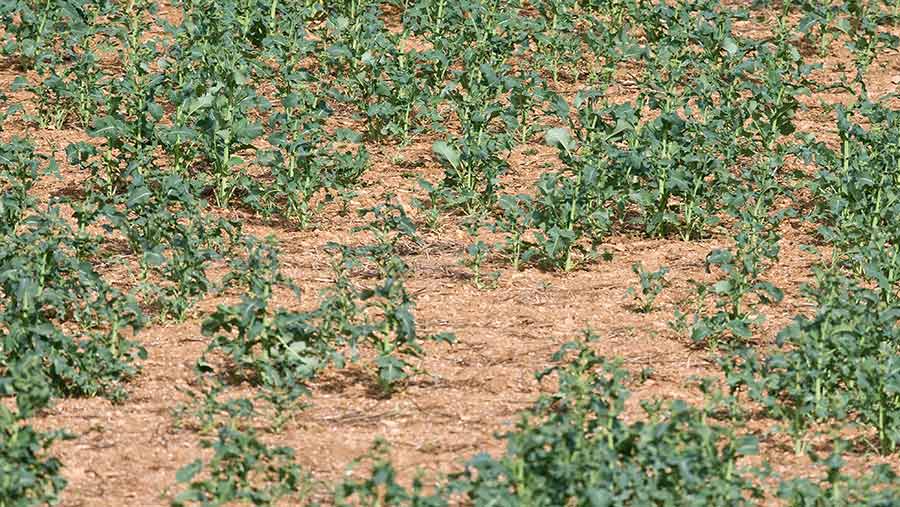 A consistent sowing depth is more important than the actual depth – with the season and conditions also playing their part. For most conditions, seed should be sown at a depth of 2-3cm, and no deeper than 5cm.

Variable sowing depth means there is likely to be patches of delayed or failed growth, having a detrimental effect on growth and creating management issues throughout the season.

Consolidation is also important, as it helps to retain moisture, ensures good seed-to-soil contact and assists with slug control. It also ensures optimum performance where soil applied herbicides are used.

In dry conditions, seed should be sown as soon as possible after cultivations to minimise soil moisture loss, followed by rolling.

Winter oilseed rape is mainly drilled between mid-August and mid-September in England, with crops in Scotland going in from mid-August to early September.

High yields can be achieved from drilling at any of these times, but a significant yield reduction is more likely with crops drilled after mid-September.

Based on average temperatures in England, crops sown in August will take about 10 days to emerge, while those sown in September will take 14 days. Oilseed rape needs 90C days for germination and 140C days for one pair of leaves.

Seed rates should be geared to achieving about 25-35 plants/sq m for both hybrid and conventional varieties.

The seed rate necessary to achieve this target will depend on the percentage plant establishment – which in turn depends on the conditions and slug pressure. Predicting plant establishment is difficult, but rates tend to range from 50-80%, with 70-80% being typical in most seasons.

The practice of allowing some margin for uncertain weather and pest pressures has resulted in a wide range of seed rates being used on-farm.

However, there is scope to reduce seed rates, believes Pete Berry of Adas, as the crop has good ability to compensate for lower plant populations and is less likely to lodge in these conditions. Thick crops are at risk from weaker stems, poor light penetration and higher light reflectance – which may reduce yields.

In contrast, going too low with seed rates risks there not being enough pods or seeds to produce a reasonable yield.

Adas work suggests row width can be increased up to 48cm, without affecting yields. Going from 48cm up to 72cm did reduce yield potential.

Where seed rates higher than 60 seeds/sq m are used, there is potential for a high degree of plant crowding and competition within the rows.

In wider rows, the optimum plant population is lower than that for crops sown in traditional row spacings. With some systems, growers now work to a target plant number/linear metre, to get the right population for high yields.