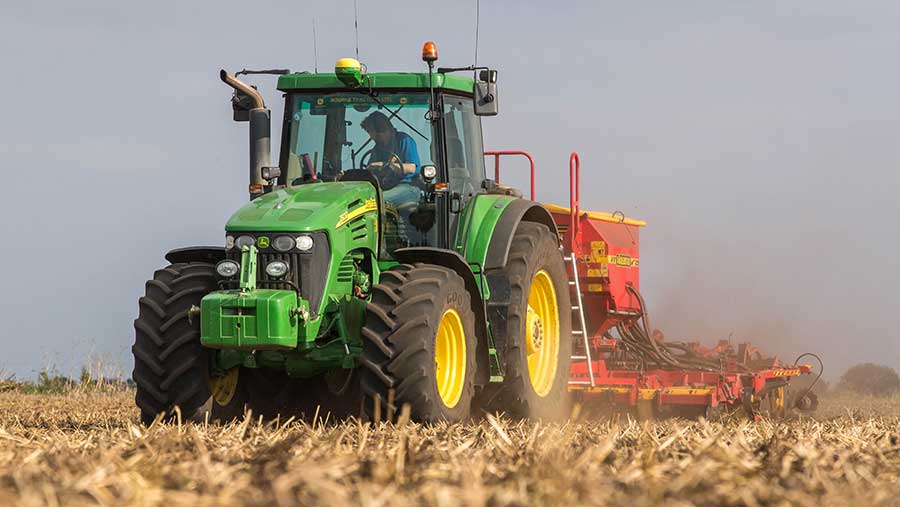 Oilseed rape growers are being urged to wait for the right conditions for drilling rather than rushing in, as going by calendar date could risk establishment and next year’s yields.

Only a couple of weeks ago, the prospect of drilling OSR in August was unimaginable because of the bone-dry soils. However, recent heavy rain has replenished soil moisture, significantly improving conditions, ready for drilling in some areas.

Mr Brown has previously applied a minimum-tillage system on the 3,000ha estate, but is testing strip-tillage this year to cut costs, retain soil moisture and reduce the number of clods that harbour cabbage stem flea beetle.

Beckii Gibbs, United Oilseeds seed manager, said in certain parts of the country there are still areas that are too dry for drilling and growers should wait until soil moisture levels improve.

Oilseed rape can be drilled up until mid-September, with the end of August typically being the optimum timing. Favourable drilling conditions in the coming fortnight indicates an optimum drilling window, however some areas have clearly received sufficient rainfall already.

“It’s always worth waiting for the right conditions, and waiting until the ground has sufficient moisture is prudent,” she added.

To optimise drill timing, it will help to have your equipment serviced and seed ready on farm so you can sow without delay when the soil reaches optimum moisture.

Despite increasing pressure from flea beetle, the area of oilseed rape for harvest 2018 actually saw a rise for the first time in seven years, with an increase of 8% from 2017.

“If your farm is in an affected area, there are a good selection of varieties to choose from that demonstrate early vigour,” she added.

Back in Norfolk, Mr Brown’s adoption of strip-tillage aims to reduce reliance on insecticides, as fewer clods will surround the crop, reducing the sheltered micro-climate that flea beetles rely on to survive.

Early drilling is beneficial for vigour, but good establishment conditions are key this season for a crop to grow ahead of the flea beetle threat, benefiting canopy management and final yield.