A move to strip tillage has reduced cultivation costs by £54/ha, improved the timeliness of field operations and increased fuel efficiency on one Kent farm.

Other benefits observed by manager Mark Bowsher-Gibbs include a vast improvement in soil moisture retention and faster operating speeds, along with the associated soil structure and filtration rate advantages from only moving 30% of the soil. 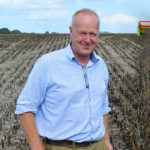 Three years after switching from a 5.5m Simba disc and press to a 6m Sumo DTS for use across all of the farm’s 1,100ha of combinable crops, Mr Bowsher-Gibbs has been able to come to several conclusions about the new crop establishment regime, but admits that a few unknowns remain.

“There have been challenges along the way, but now that we have three seasons with strip tillage under our belts, we have been able to quantify some of the savings and are much clearer about what it has to offer.”

Chief among these is the fall in cultivation costs, which have come down by over £50/ha, as the previous system involved two passes, explains Mr Bowsher-Gibbs, who manages the farm for GH Dean & Co, which is also the AHDB’s Sittingbourne Monitor Farm in Kent.

“Now that drilling is a one-pass operation, this reduced workload has had a knock-on effect and has improved the timeliness of some of our other operations.”

Good operating speeds have also helped with timeliness, he acknowledges. “We can travel between 12-14km/hour, so it’s possible to drill over 8ha/hour. That’s better than we would be able to do with direct drilling.”

Added to that, fuel consumption is down to 4.4 litres/ha, which also represents a considerable saving, he says.

The drill’s leading leg means that soil movement is restricted to the zone where the seed is planted – giving a degree of nitrogen mineralisation and causing any blackgrass seed to chit – but the soil between the rows remains undisturbed.

“It has coped well with our range of soil types and conditions,” reports Mr Bowsher-Gibbs.

“And although they are more difficult to measure or put a value on, there have been improvements in soil health and condition, which have helped with drainage and workability.”

A 10m Tilso rake and roll combination is an integral part of the system, as it is used behind the combine to distribute crop residue evenly and minimise the likelihood of drill blockages. It also encourages seed to chit in a moist year and desiccates any slug eggs. 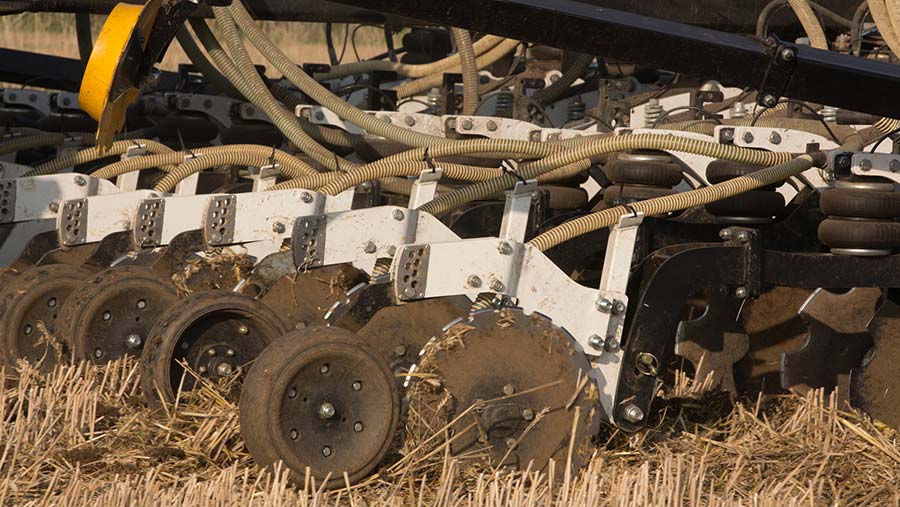 “Without it, our drilling speeds would be much slower,” he notes. “We use it on the stubbles, often doing three passes ahead of oilseed rape to ensure that the crop can get away quickly. We do at least two passes for beans and one for wheat.”

His experience is that raking is vital and has to be resourced adequately, even though it takes place at a very busy time of year, or else there’s a risk that the residue will hamper the drilling operation.

The six drills being compared in the field during the 2016/17 cropping year at GH Dean & Co are:

“We baled all the first wheat straw this year to make drilling second wheat easier,” he recalls.

By mid-October wheat stubble roots begin to lose their structural integrity and can interfere with drilling when dislodged, especially on light soils.

This, together with residue in tramlines, can necessitate drilling on an angle, which is counter-productive when you’re trying to adopt a controlled traffic farming system.

He also finds that drilling depth can change readily with soil type and that there’s a tendency to suffer from more slug grazing, as the resulting consolidation is only moderate.

“These are both things that we are monitoring,” he admits.

Strip tillage could prove to be a good entry route for direct drilling, he believes, so he has taken the Monitor Farm opportunity to conduct a farm trial comparing six different drills.

Each one has been put through its paces on a 0.9ha plot, each including a tramline run, drilling wheat into oilseed rape stubble at 300 seeds/sq m. 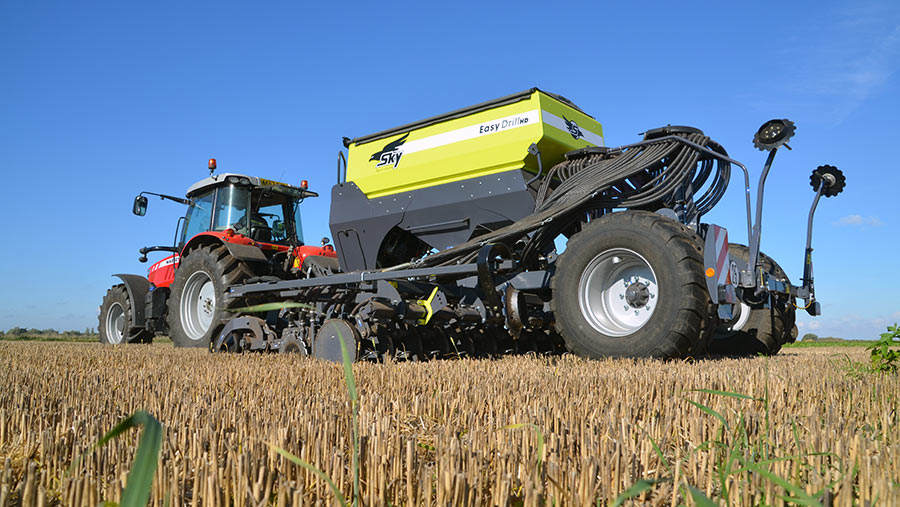 Since then, both seed and root depth, establishment rates and slug activity have been recorded.

“It’s still early days, but we’ve probably seen the best performance from the Sky Easy drill, which also established the highest number of plants with the least variation between individual plant count quadrants.

“However, the initial assessments suggest that the Sumo DTS has given better rooting and more top growth. It will be interesting to see if any other differences emerge as the season progresses,” he says.

A mixture of “the good, the bad and the ugly” is how Mark Bowsher-Gibbs describes harvest 2016, with oilseed rape and winter barley yields being particularly disappointing.

Despite that, the final average farm gross margin (before Basic Payment Scheme) could be better than the predicted £586/ha and may even exceed the 2015 figure of £593/ha, thanks to the effect of currency movements on grain markets and some good wheat yields.

Downward pressure on margins has been felt since 2012, he confirms.

“Commodity prices have fallen away in that time and we have come up against some agronomic challenges in the form of blackgrass, waterlogged soils and poor establishment.”

“We had stressed plants coming out of the winter, which produced small stems and poor branching. Then there wasn’t enough sunlight in June.”

Hybrid winter barley also failed to impress, with a yield of 5.35t/ha. “We drilled it in a bad blackgrass area, but didn’t get the plant numbers needed for it to be competitive.”