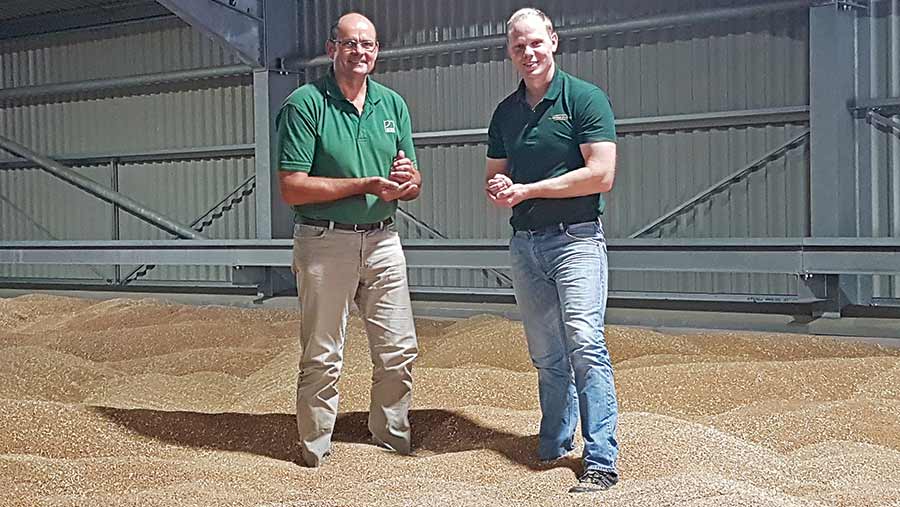 Farm manager Craig Livingstone’s investment in mapping the highly variable soils on his Hampshire farm has paid off, after he hit his target yield for winter wheat this harvest despite the challenging season.

Mr Livingstone had hoped to push his average yield up to 10t/ha and beyond by matching his seed rates to his wildly contrasting chalk and clay soils.

While all the winter wheat area was variably drilled last season, two fields with comparable soil were set aside so the effect of variably drilling could be assessed.

The two neighbouring fields – Closters, which was variably drilled, and Farm Hill, drilled at a flat rate – both straddle a clay bar and have both the lightest chalk and the heaviest clay soils.

Wheat variety Siskin was drilled using a Vaderstad Rapid 6m drill to achieve 280 plants/sq m across both fields, and plant counts taken in the autumn showed a much more even rate of establishment across the variably drilled field.

Shoot counts show this continued throughout the season. At the start of ear emergence, the difference in plant density on the clay and chalk areas was a maximum of 55 shoots/sq m. 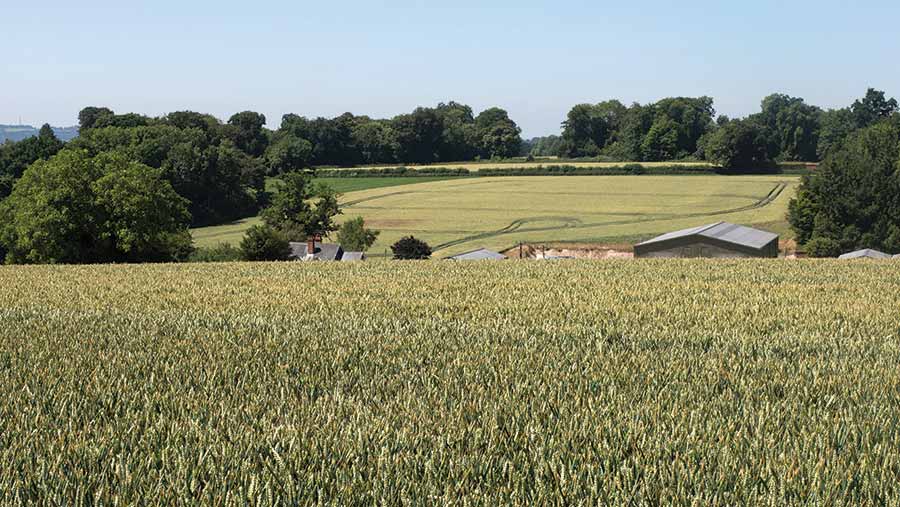 Because of the better rate of establishment on the clay areas a yield of 11.6t/ha was recorded from Closters, while Farm Hill produced 11.2t/ha.

Mr Livingstone has calculated that if this 0.4t/ha yield uplift was achieved across the entire 95ha of wheat cut at Queenwood farm, this would equate to an additional 38t.

At his current average feed base price of £165/t, which has premiums still to add, this would mean an additional £6,270 added to the gross margin.

This of course does not take into account the other variables such as topography, depth to rock, shading and moisture, which also have an effect on yield.

“At that level of additional yield, that’s a good return on investment for us,” says Mr Livingstone. “At that rate we could comfortably be able to have the investment in soil mapping paid off within the four-year period.

Tweaks for next season

While he has already achieved the target set when he first started working with variable seed rate specialist Soyl to map the farm last year, there are still areas that can be improved on.

“I haven’t seen a yield like this at the farm in the three years since I’ve been here, so I think it will be fine-tuning rather than anything drastic for this coming season,” he says.

“Siskin doesn’t tiller as much as other varieties, so we are going to start with a slightly higher seed rate across both the clay and chalk, between 280-300.”

Richard Hales, area manager at Soyl, agreed, saying: “It’s about fine tuning the seed rate, and we can use the biomass imagery created by the mapping prior to combining, and also right through the main nitrogen season and do variable rate nitrogen.”

While Mr Livingstone believes seed rates hold the key to the biggest yield gains, the data produced through mapping the farm can also be used to do targeted slug pelleting.

“We do also have the potential to reduce cultivations here by not doing it all to the same depth or by the same amount,” he says.

“On the lighter chalk we could go straight in, but on the heavier clay it caps so we need to move it.

“We have done a bit more in the way of cultivation this year due to the weather, but we need to be a bit braver and leave it alone.”

Variably drilling the winter wheat area was the first stage to completely transitioning to variable drilling over three years on the farm.

Three-quarters of the 650ha arable cropping has been mapped ready for the upcoming season, including all of the spring crops.

This season 120ha of Propino spring barley and 40ha of Laureate will be drilled according to Soyl’s establishment map, but Mr Livingstone will also be conducting another trial on spring barley in order to remove the effect of winter kill.

He will be doing a split field trial in a 41ha field of Laureate as it spans the full range of different soil types.

By next season, Mr Livingstone plans to have everything variably drilled on the farm.

A third of winter wheat in the UK is drilled variably. Peter Croot, regional manager and seed specialist at Soyl, has some tips on how to get the most from variable-rate seeding.