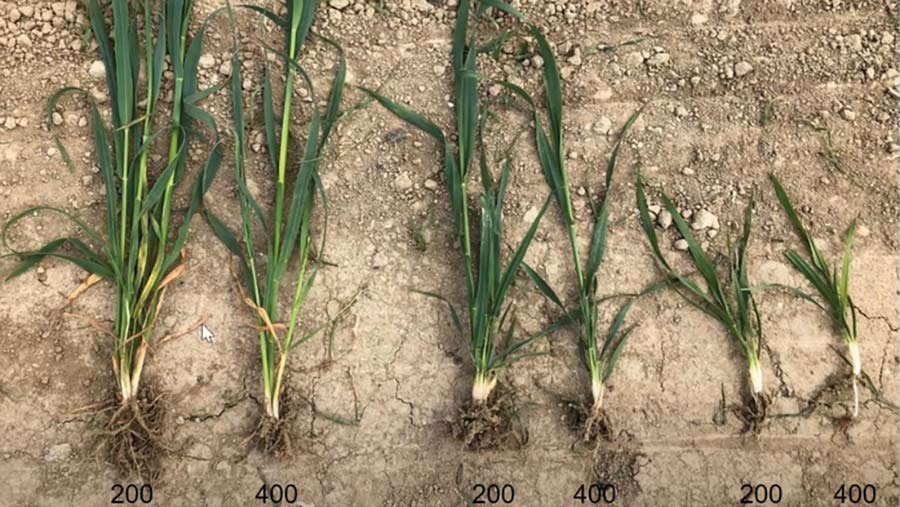 Planting spring oats as early as February at a reduced seed rate rather than the conventional March drill date could prove beneficial to both crop yield and quality this spring.

Agronomy manager Brin Hughes of Richardson Milling UK is a big advocate of this practice, and is encouraging growers to “go for it and sow early, if conditions permit”.

Sowing early with reduced seed rates can bring many benefits, including less competition between crops, greater tillering capabilities and the development of more extensive root systems.

It also has further potential to improve quality, with higher specific weights and reduced screenings and hulling losses noted in trials.

“Sowing early isn’t always possible for winter cropping due to threats of blackgrass, but with spring cropping this isn’t an issue,” says Mr Hughes.

He, therefore, suggests a February sowing date with a seed rate as low as 200 seeds/sq m for spring oats, but this must be considered alongside local soil type and weather conditions.

An investigation into the drilling date and seed rate of the spring oat variety Isabel was carried out at a trial site in Cambridgeshire back in 2019.

Three drilling dates were trialled: early (February), conventional (March) and late (April), planted at both a high and low seed rate of 400 and 200 seeds/sq m, respectively.

March-sown crops yielded just under 6t/ha, whereas April-sown plants yielded less than half of this at 2.5t/ha. Mr Hughes points out that it was a particularly dry year, causing poor growth in later-drilled crops.

In terms of quality, the February-sown crops had the lowest percentage of screening losses and was the only one to meet the maximum hulling loss specification of 30%.

When it came to comparing seed rates, crops sown at the higher level during February developed a taller main shoot, with spindly weak side tillers, as a result of having to compete for space, which is not desirable.

There was also a more developed root system as a result of less competition below the soil surface. This is particularly good for nutrient uptake, but also drought resistance later on in the year, explains Mr Hughes.

These findings were less obvious with the March sowings. Crops sown at 200 seeds/sq m had a larger root system, but a single shoot was displayed at both high and low rates.

Both April-sown crops experienced pretty poor growth, with the results reflected in yield and quality.

A further trial in 2020 investigated the effect of seed rate on the yield and specific weight of two varieties.

However, Mr Hughes highlights crops were sown in March. “Had we sown in February, I suspect yields from crops planted at 200 seeds/sq m to have been higher.”

Similarly, with the variety Lion, albeit with overall lower yields than Isabel, there was no detriment to reducing seed rate, with 200 seeds/sq m the preferred option.

Furthermore, he noted no statistical differences in specific weights across the varying seed rates.