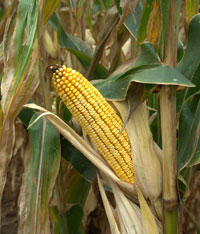 EU farm ministers have failed to grant approval for three GM maize varieties, prolonging the problems the animal feed industry is facing in getting hold of imported raw materials.

But in all three cases they failed to muster enough votes to either accept or reject the licence applications, even though they have all been declared safe by the European Food Safety Authority.

Instead, the dossiers will pass to the EU Commission, which will approve the GMs for use in the EU under its own competence – though this will take several more months.

The slow pace of approving new GMs has been criticised this year, as the EU also has a policy of “zero tolerance” should shipments of maize or soya arrive containing even traces of unapproved varieties.

On several occasions vessels have been turned away from ports, incurring huge costs on traders and inconvenience for compounders.

“Europe’s farm animals need a lot of protein,” she told a European Policy Centre meeting. “We have to import most of it because we don’t have the capacity or the right farming conditions to produce the protein feedstuff needed on our own.”

But global supplies were coming under pressure and European feed compounders could not risk seeing further shipments being turned away just because they contained tiny amounts of GM. Since July there had been about a dozen so-called “rapid alert” cases involving shipments from the USA.

“Traders are talking about halting imports from the US altogether,” said Mrs Fischer Boel. “If this happens, it would have a very negative impact on our livestock sector.”

The cost of protein would inevitably rise and more EU livestock producers would go to the wall. “We would simply end up importing meat from animals fed on a long list of GMOs, over which we would have no control. That would be the ultimate irony,” she said.