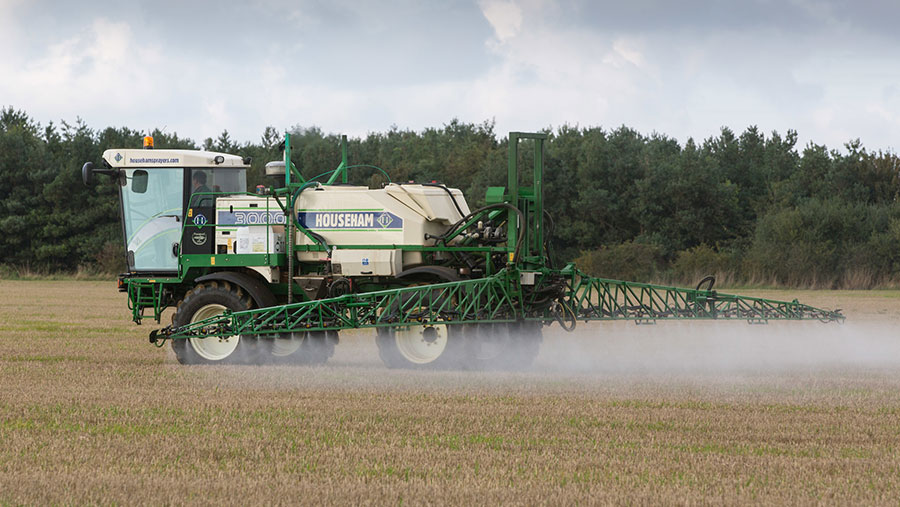 European scientists have given controversial weedkiller glyphosate a clean bill of health, rejecting any suggestions it can cause cancer.

The opinion was issued by the European Chemicals Agency (ECHA) in Finland on Wednesday (15 March), and adds weight to calls to renew the product’s EU licence for another 15 years.

According to its Risk Assessment Committee (RAC), “the available scientific evidence does not meet the criteria to classify glyphosate as a carcinogen, as a mutagen or as toxic for reproduction”.

This was based on an assessment of extensive scientific data – including published studies and original reports conducted by industry.

The ECHA also conducted a public consultation last summer to hear from stakeholders.

Addressing a media briefing, director of risk management Jack de Bruijn insisted the assessment had been detailed and transparent.

“The opinion was adopted by consensus – there were no minority positions,” he said. “In our opinion, it does not fulfil the criteria to call it a carcinogen.”

Glyphosate, which has been used on farms for 40 years, was supposed to have been relicenced last year.

But following an earlier assessment by the International Agency for Research on Cancer (IARC) that it was “probably carcinogenic”, and in the face of considerable political pressure, the EU Commission agreed to extend the licence for just 18 months, to the end of 2017.

That was to provide enough time for the ECHA to conclude its detailed assessment – which it did this week.

The opinion will now be subject to editorial checks, then sent to Brussels, where it will be taken into account by the EU Commission and member states when deciding whether to renew the licence for glyphosate on a more permanent basis.

The NFU has welcomed the ECHA opinion on the safety of glyphosate which, it said, was shared by regulatory bodies around the world, including the World Health Organization, the UN Food and Agriculture Organisation and the European Food Safety Authority.

“Glyphosate plays a vital role in agriculture,” said vice-president Guy Smith. “It reduces the need to use other herbicides, it helps to protect soil and cut greenhouse gas emissions by reducing the need for ploughing.

“Now, ECHA has released its classification there can be no reason why glyphosate should not be re-authorised for a further 15 years.”

But environmental lobby group Greenpeace accused the ECHA of “sweeping the glyphosate cancer evidence under the carpet”, saying it had rejected evidence of cancer in laboratory animals and relied on unpublished studies commissioned by glyphosate producers.

“If the EU doesn’t get this right, people and the environment will continue to be the lab rats of the chemical industry,” said food policy director Franziska Achterberg.

“This ruling is another reminder this debate has never really been about safety, it has been hijacked and politicised to force a wider debate on modern agriculture.

“It’s right that we’re having that debate, but it’s wrong to use health scares to get there.

“Over 40 years of robust scientific evidence, supported by one of the most extensive human health, crop residue and environmental databases ever compiled, shows no risk to safety.

“Clearly, the commission should re-authorise glyphosate for the standard 15 year period.”