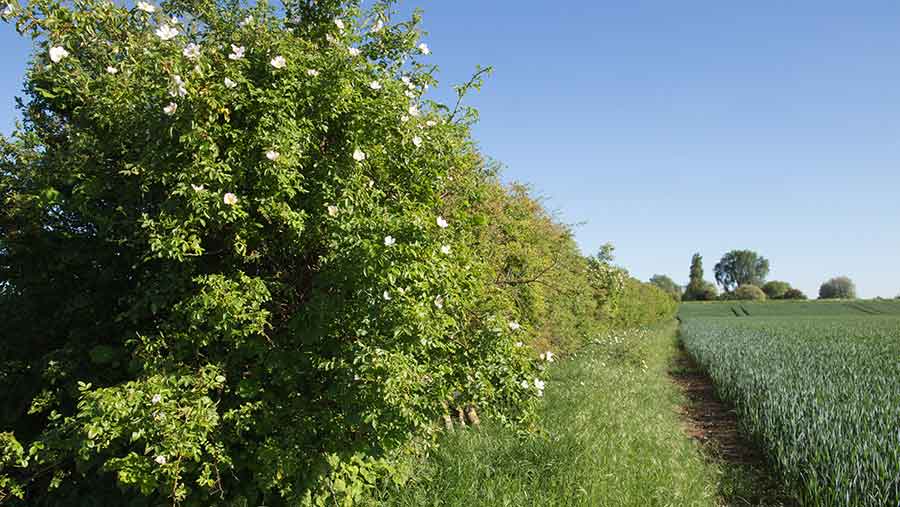 The European Commission has confirmed more details of its ban on the use of plant protection products on crops grown as an ecological focus area (EFA).

The Rural Payments Agency (RPA) has consequently published updated greening rules which it says will come into effect from 1 January 2018.

The biggest change, announced in June 2017, is the complete ban on the use of pesticides on fallow land or nitrogen-fixing, catch or cover crops grown as an EFA.

However, the commission has now offered some clarity on how this rule will be implemented.

It says the ban will apply from the time of sowing of the crop, even if this is before 1 January 2018, and remain in place through to harvesting.

It also restricts the use of any seed dressings.

Alternatively, they can drill a mix of nitrogen-fixing crops and other crops, as long as the former accounts for more than 50% of the mix.

Other changes for the 2018 Basic Payment Scheme (BPS) year include extending the EFA option for hedges to include trees in a line.

The EFA value will remain the same – each metre of length equals 10sq m of area for EFA (as long as the claimant has management responsibility for both sides of the hedge and/or line of trees).

The EFA buffer strips option will also be extended in definition to include field margins, as well as buffer strips.

The RPA says this means that in addition to buffer strips adjacent or parallel to a watercourse, farmers will also be able to count field margins towards their EFA.

The minimum width of 1m remains and the EFA value of field margins will be the same as EFA buffer strips – every metre in length equals 9sq m of area for EFA.

Another change is that EFA catch crops must be maintained for nearly twice as long as is currently the case.

The period for EFA cover crops will remain from 1 October to 15 January of the following year.

As part of crop diversification, growers will be able to declare an area as “mixed crops” if it contains areas less than 0.01ha of different crops grown next to each other.

”I think a lot more people will be using hedges and buffers strips [to meet their EFA requirement], instead of the options affected by the plant protection ban.”

The RPA has promised more detailed guidance will follow.