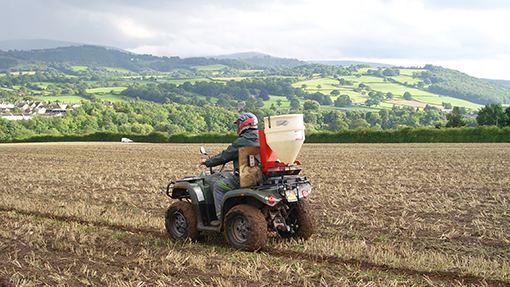 The European Union has voted to ban the use of methiocarb slug pellets due to their hazardous effect on grain-eating farm birds such as finches and sparrows.

The approval for these poison-bait pellets is being stopped through the EU, and in the UK it is likely to have the biggest impact on potato growers.

Publication of the withdrawal timetable is expected from EU in February, and is likely to allow sales of methiocarb for six months, and then allow a further 12-month use-up period by farmers.

Methiocarb, used in products such as Draza forte and Decoy Wetex, has about a 15% share of the British slug pellet market worth about £30m annually.

Bayer CropScience is the only global manufacturer of methiocarb and it has confirmed that this year will be the last one that it can be sold in the UK.

The other major slug pellet product used in the UK is metaldehyde, which accounts for about 80% of the market, but it has come under pressure after the product has been found in watercourses.

Tighter controls over metaldehyde-based slug pellets are likely in high-risk water catchment areas to try and cut pesticide levels in drinking water, which will leave only ferric phosphate pellets as an alternative.

“2014 will be the last season that methiocarb slug pellets can be sold in the UK,” said Peter Stacey, Bayer CropScience’s molluscicides manager.

“As methiocarb is the preferred product for protecting many high-value crops such as potatoes its loss will be a major blow for many growers and could result in many more crops being rejected,” he added.

The ruling does not affect other uses of methiocarb, including its use in seed treatments such as Mesurol.

Bayer CropScience says it is not planning to appeal the EU ban.