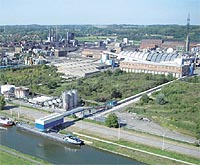 An explosion has halted ammonia production at Yara’s Tertre fertiliser plant in Belgium.

Two people were injured – not critically – in the accident which happened on Saturday morning (27 June). An investigation has begun into the cause and experts will also look at the impact on fertiliser production at the site.

The Tertre site consists of several plants that produce 920,000 tonnes of finished fertiliser products for markets in France, Germany, Belgium and the Netherlands, as well as industrial chemicals for a range of European customers.

Most of Yara’s fertiliser production for the UK market takes place at its other factories in Germany and Holland, but it is not clear whether there will be any consequences for fertiliser supplies to the UK.