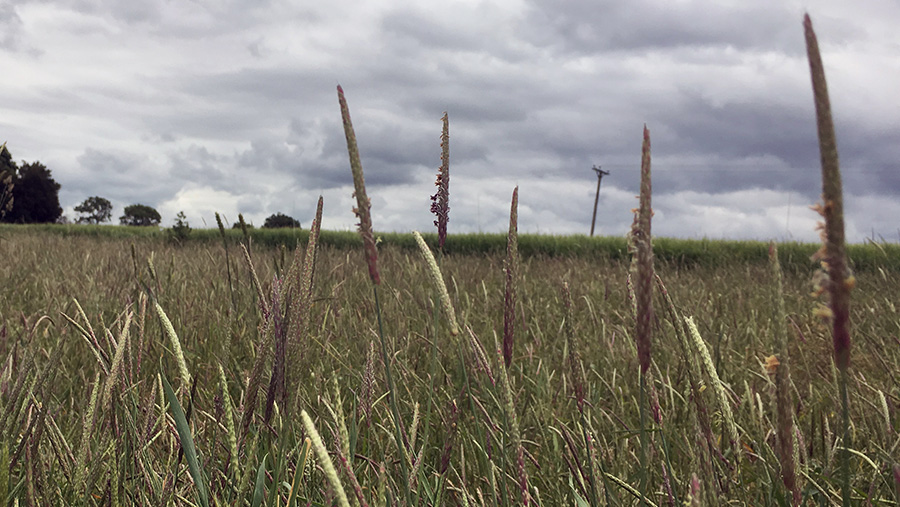 A Lincolnshire farmer is campaigning to bring back stubble burning to control blackgrass in cereal crops.

Mark Pettitt, who farms 180ha of arable land in Gainsborough, set fire to lodged blackgrass in a patch at one end of a wheat field after he had “exhausted all other options”.

An attempt was made earlier to cultivate the patch of blackgrass. But it blocked the cultivator within 5m “pulling the long lodged blackgrass into big lumps”.

Mr Pettitt said 100% of his blackgrass population is resistant to chemicals and the only option to drill the following oilseed rape crop was to burn the blackgrass trash.

“I would like to see stubble burning return as soon as possible, but only in a responsible way,” he told Farmers Weekly.

“I don’t think we need to give farmers carte blanche to burn everything.

“But I do think you should be allowed to control a percentage of your area, targeted to specific problem areas, to restrict blackgrass.”

Interview today with Radio Lincolnshire on the importance of reinstatement of stubble burning..
My trial area is an eye opener #clubhectare

Mr Pettitt said he incorporated the ash into the soil within 18 hours on the stretch. A crop of Campus oilseed rape was then drilled into the whole of the 18ha field.

“We got a good, open structure in the soil. It will be interesting when we combine next year to see if we get different yields in this ‘trial’ area, which I am sure we will,” he added.

“The OSR crop we planted is looking remarkably good in the burned area. You just see all these healthy plants.

“There are more plants per square metre and I haven’t had to use slug pellets in the burned area, which has to be good when we have got problems with metaldehyde slug pellets getting into water.”

The OSR crop we planted is looking remarkably good in the burned area. You just see all these healthy plants Mark Pettitt

There also appears to be less cabbage stem flea beetle damage on the emerging “trial” area, he added.

By comparison, the plants are smaller and fewer in number on the non-burned area – even though the crop was drilled at the same seed rate.

Stubble burning was banned in 1993 due to environmental and safety concerns.

Mr Pettitt said it might be difficult to persuade the public to accept a return to stubble burning amid fears it would damage the view of farmers as food producers and custodians of the countryside.

But he added: “At the end of the day, people have got to eat. At the moment, we are going backwards.

“Yields are down 50% where we have got bad blackgrass and all subsequent crops are suffering as well.”

Mr Pettitt said he would like to see some authorised trials carried out into stubble burning, by an organisation such as Adas, and the resulting effects on blackgrass as soon as possible.

“If we suffer the loss of glyphosate in two or three years time, we won’t have any method of controlling blackgrass,” he added.

“None of the cultivations are working. In fact, some of them, including ploughing, actually make it worse.”

“But we do understand the pressure that farmers are under with weeds and pests destroying their crops.

“The overly precautionary regulatory framework for plant protection products means that farmers have lost access to more than half of the active ingredients approved for use since 2001.

“Farmers are running out of options when trying to protect their crops.”