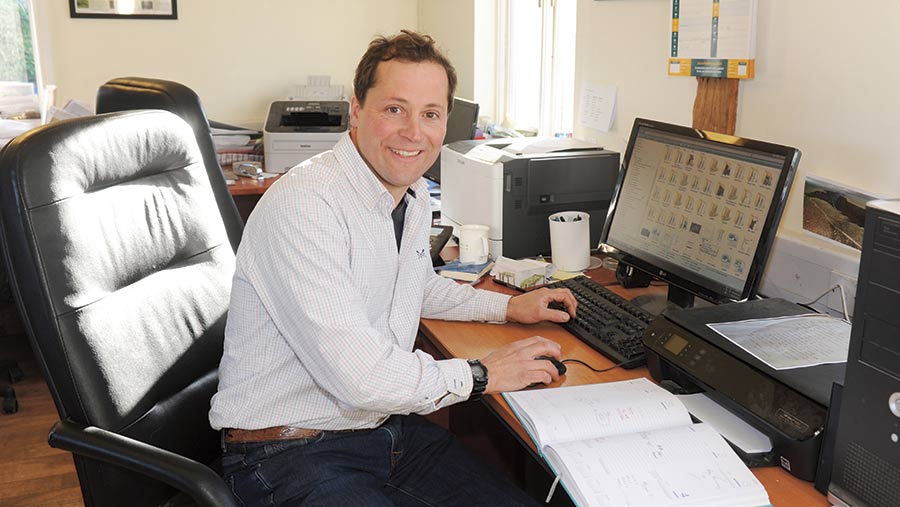 The “Beasts from the East” were unwelcome guests on the farm. I now qualify for certificates in water pipe defrosting and snow clearance.

We avoided any major problems and even managed to secure all milk collections without volume loss. Having good stocks of rock salt and a dedicated farm team were essential.

See also: How to improve soil and yields with effective field drainage

I am concerned how late spring barley will be planted and whether those crops can be profitable.

I have used the wet conditions to expose old field drain outlets and even experimented installing a new field drain.

Field drainage is often overlooked due to costs and slow payback; perhaps drainage grants should be considered again, as part of subsidy reform, to boost productivity.

Recently, we have been trialling straw choppers to mechanise livestock bedding operations. I am mildly cynical as I believe in keeping things simple but my team have persuaded me we will use much less straw, therefore the machine will effectively pay for itself over time.

A recent study tour to Northern Ireland, where straw is like gold dust, was an added impetus to be more thoughtful about this valuable resource.

This trip also convinced me that a hard border is regrettably inevitable between Northern and Southern Ireland as Brexit plays out.

When will our government come clean on this politically unpalatable certainty?

All the wet weather has left time to restart the farm BPS application. RPA remapping has been unhelpful; many areas of our arable land in stewardship schemes have been re-coded as permanent pasture (PG01).

Given this land is needed for EFAs, re-coding will raise new queries on this year’s claim. RPA’s advice is to back up with an RLE1 form but if our problem is universal a paper mountain is now heading RPA’s direction with predictable results.

Surely minor amendments like this could have been dealt with over the phone rather than becoming stuck in RPA’s “treacle department”?