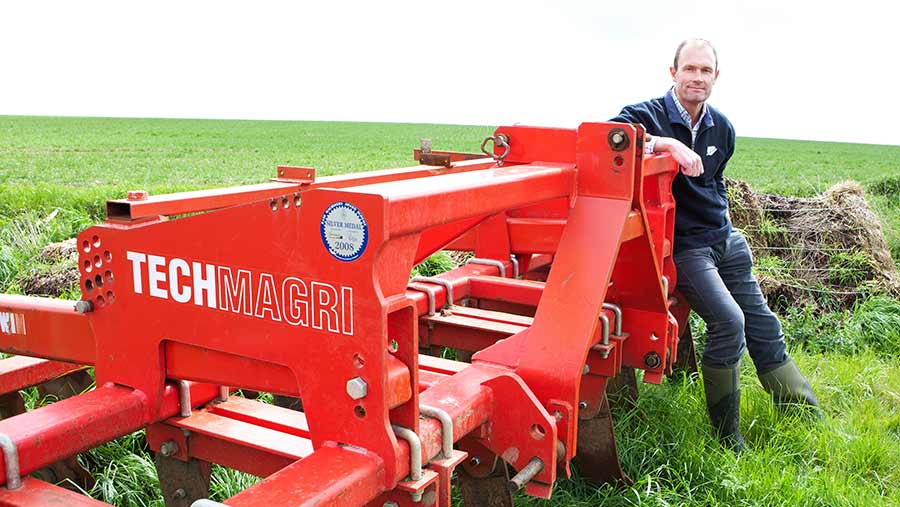 We have just experienced only our third frost of the winter. Some growers have been out rolling cover crops in these frosts to kill them off without glyphosate and it seems to work very well.

Our crops look too grazed down for it to be effective, but it seems like a great idea, especially as glyphosate resistance is on the agenda and we have a system that is pretty much reliant on it at present.

Even more strangely, we have been unable to apply glyphosate to a cover crop as the road is closed to replace a phone line that has been peppered with a shotgun. Nothing to do with me guv’, honest!

A common theme has emerged from a hefty batch of winter meetings – carbon. Now, as I am a bit of a gullible insect hugger, not all of these events can be described as mainstream, but they are nowhere near as alternative as they used to be.

Building carbon in the soil has many obvious benefits. But also moving to a carbon-cycling biological system, rather than a nitrogen- and salt-based non-renewable fertiliser system, could offer leaps forward in soil and plant health. You could even approach the fabled “sustainability”.

The issue may be integrating the two systems, as we are asking our soils to produce a lot more than they would do naturally.

Taking mycorrhizal fungi as an example. They offer huge crop nutrient availability benefits, but we regularly apply fungicides to the seed. Can varieties bred under a chemical system even interact with these fungi anymore?

However, the (most welcome) cheaper nitrogen that may be available next season following CF Industries’ intentions to up production will probably take us more to the nitrogen-based system for now.

When I came back to the farm, the talk was of dwindling oil, fertiliser and food supply and rising prices.

After 20 years you would have thought some of this would be in evidence, but at the moment the opposite is happening.

Coincidentally, another 20-year-old prediction by a Bulgarian soothsayer was that Europe would cease to exist in 2016.