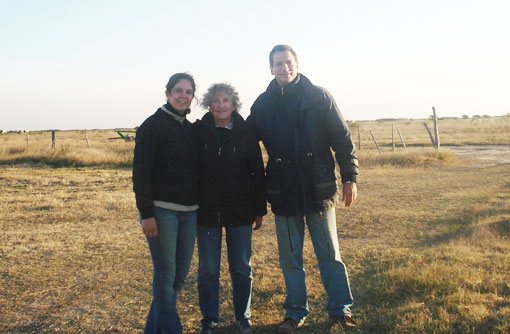 After a week with average temperatures near 40C, the arrival of 21mm of rain on Thursday brought some relief for soya bean crops and maize in the fields I crop in Bigand and Tortugas.

But I have still not started planting 1,350ha of soybean and sorghum in the more northerly Bandera region after little rain during December.

Soya bean planting has stagnated in Argentina at around 75% of the projected 18.85m ha area because of a lack of rain, and forecast winds from the north could reactivate the heatwave, potentially leading to crop failures if we continue to plant.

My planted soya beans are showing reasonable growth so far, although some of the plants have had severe attacks of Helicoverpa gelotopeon (bollworm) and needed insecticidal treatment.

The maize crops are at a most critical stage, as they have begun to flower, but will have been helped by the recent rainfall and lower temperatures.

The current planting puts me and other growers in a sea of doubt. If we add low yields to the current low prices, we may face net margin losses – and we don’t want to continue to plant into that scenario.

The costs of production increases in recent years have been greater than changes in output prices. Coupled with the price cuts that are imposed on wheat and corn by withholding and distortions in the market, these factors mean the yields needed to show a positive margin are becoming difficult to achieve.

Perhaps our government will learn the same lesson in 2012 they learned about the beef industry in 2008. Restrictions on price for too long, coupled with weather difficulties, caused a significant drop in production. Market forces took over and beef went from the controlled $1/kg (64p) of nearly a decade to $3/kg in one year and still rests at $2.50/kg.

Read more from Federico and our other Arable Farmer Focus writers.