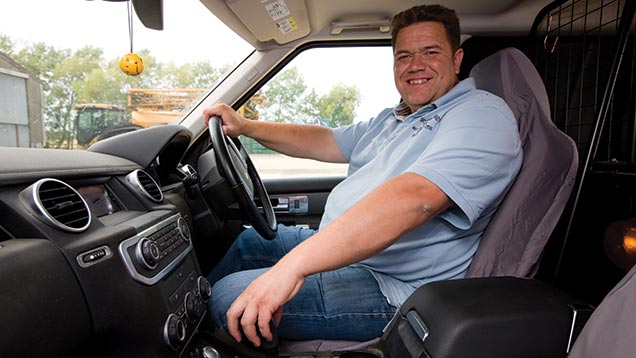 I have to start by saying I thought Cereals 2015 was brilliant. The Lincolnshire site ought to be the event’s permanent home, but then I would say that, only living half an hour away.

The only downside was after two days I had a little sunburn and tired feet.

A very useful hour was spent watching the big self-propelled sprayers going round the ring and we were quite surprised in the difference in how the booms behaved.

It was reassuring to see the Challenger Rogator was one of the best, particularly as we’ve just decided to swap our five-year-old one for a new one only with aluminium booms and a bigger tank this time, which will help with keeping optimum output.

The most noticeable difference at the show this year I felt was just how many different crops there were in the breeders areas – certainly more cover and catch crops than I’ve ever seen.

As anaerobic digestion keeps growing, surely the more land that’s being used to grow industrial crops can only be good for those of us still growing conventional crops.

I was very pleased to see lots of new designs in seed drills, particularly from British manufacturers.

It was good to see British innovation and manufacturers trying to support the growth in interest in direct drilling. Although I’m not yet convinced it’s right for Belvoir, I have a great respect for those making it work.

Finally I’d like to thank Syngenta for their hospitality at Cereals. A group of us are growing their new high-yielding Group 4 wheat in a challenge to beat our best yields.

We will be tweeting throughout the year on how the crop is fairing, so look out for #BYBYield on Twitter.

Syngenta got the last laugh by placing some fairground mirrors at the end of the Reflection variety plot.