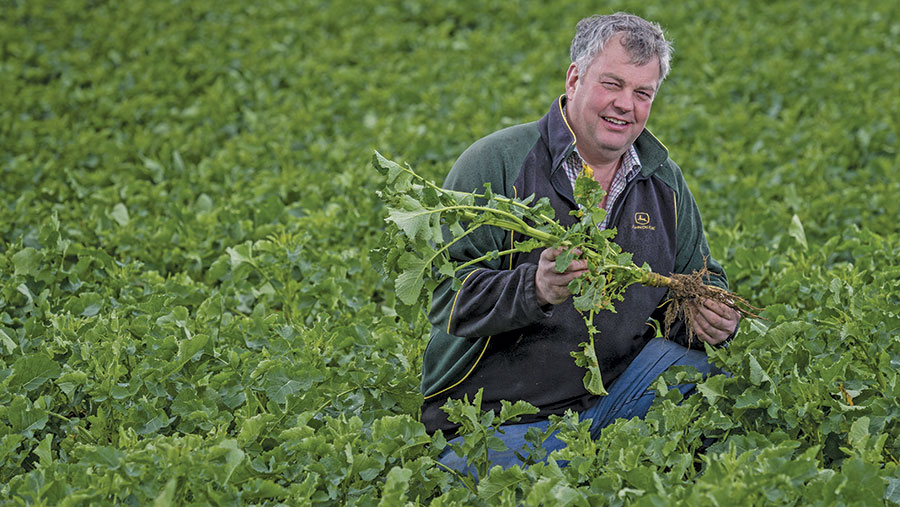 In the past I couldn’t see the point of Adas’ Yield Enhancement Network (YEN) and its awards, but Dekalb kindly entered one of our fields of DK Extrovert in the oilseeds class.

After attending the awards day at Newark in November, even though we didn’t win anything, I now get the YEN thing.

It’s a bit like Formula One – no real relevance to everyday motoring but some of the technology may find its way through to a practical level and it encourages limits to be pushed, with remarkable results.

I was amazed at the detailed examination each awards entry was subjected too.

The enthusiasm of the Adas team and the farmers involved was great to witness too.

Not sure what we have done wrong in British farming but everybody seems to be having a go at us lately.

It’s not enough for the World Health Organization to be making up rubbish about glyphosate, or the Soil Association to be overstating the use of pesticides.

Now it seems even Defra secretary Michael Gove, less than six months into the job, thinks he’s a soil expert.

Many farmers, including myself, have had enough. Social media has come alive with the farming fightback.

But will anyone listen to us? While there’s enough cheap food to go round, probably not.

Yet, British farming has a great story to tell, so let’s make ourselves heard by the policymakers. Why not start with your own MP?

This time of year the calendar is full of events, presentations and visits.

I was lucky enough to visit Muntons Malt at Flamborough in the East Riding of Yorkshire, where I found it really enlightening to see what happens to our crops after they leave the farm and to meet lots of like-minded folk discussing sustainable futures.

Profit makes everything more sustainable, soil is our best asset, farming is undervalued; that was the gist of the conversation and of course none of it was new.

But the 29 March 2019, the day the UK is set to leave the EU, is fast approaching. Some might call it independence day, but anyone involved in the food chain ought to be worried.

Butter has already been in short supply, for example. Will Mr Gove wake up and smell the coffee (or the malt) and use the Brexit opportunity to secure high-quality sustainable food production in this country?

Or will he just use this job as a stepping stone to the next one, and to hell with British agriculture?