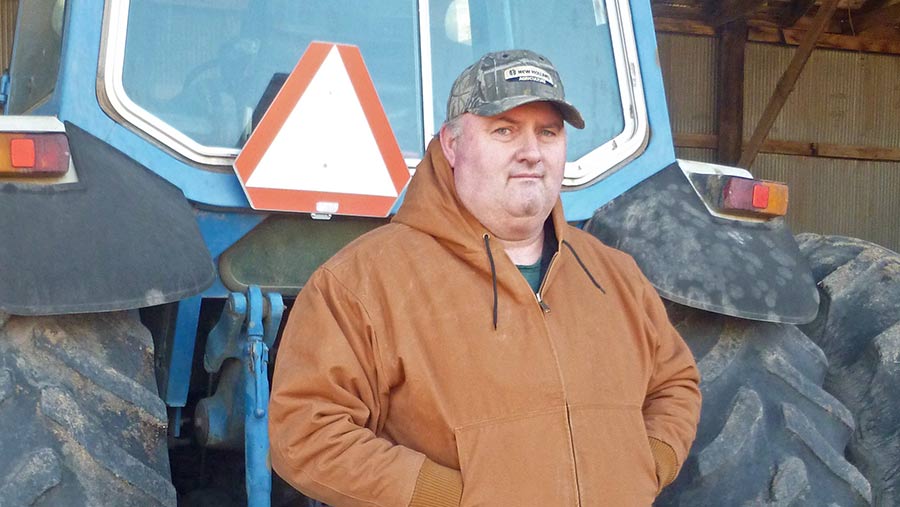 After probably the warmest February and March Kansas has ever seen, with temperatures often around 15C and up to 26C, we woke up to 3in of snow on Easter morning.

That was the only measurable snow of the entire winter. It was very welcome, especially in Barber and Comanche counties, about 120 miles south-west of here, where they were battling the largest grass fire in state history.

The entire week preceding Easter was extremely windy, and unusually the winds kept blowing at night. A fire that started in Oklahoma on 22 March and travelled into Kansas was still burning on Easter Sunday.

According to our television news, it had burned 162,000ha, six homes and numerous outbuildings, and damaged or destroyed three bridges and one railroad trestle.

Some 70 firefighters from 110 different communities were fighting it, along with four National Guard helicopters. While the snow did not put it out completely, it is being called the “Easter miracle” because it definitely helped turn the corner.

In my own county, the dry weather is causing concern. While we had nothing to compare with the huge fire in the south, we did have a fire travel 20 miles from a neighbouring county into ours.

Day after day of wind has slowed down fertiliser spreading and herbicide applications as well. The late snow and cold snap has also put off the start of corn planting.

I am sure once the ground dries from the tiny bit of moisture the snow did provide, corn planters will be running statewide.

The bright side of this dry, warm winter has been a nearly perfect calving season. The only day my cows and calves showed any stress from cold was Easter Sunday.

The bugs are already thick, though. Autumn calves had ticks at the end of February and the alfalfa already needs spraying for weevils.

I am tempted to say we are having abnormal weather, but thinking back over 40 or so years I don’t actually remember anyone saying, “we just had a perfectly normal winter”. I guess I wouldn’t know what normal weather is in Kansas.