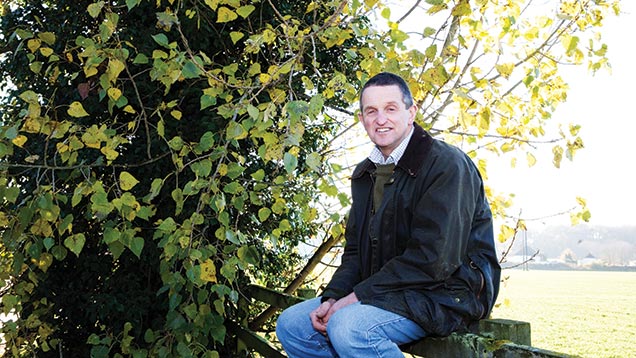 Our relative proximity to London means that sometimes I get approached to host slightly different farm visits.

This month within the space of a week, Defra’s food and farming director Sarah Church and five agricultural engineers from the Chinese ministry of agriculture came to the farm.

Ms Church was accompanied by William White and Phil Bicknell from the NFU. We had a wide-ranging conversation on all the current topics from tractor weights to the BPS fiasco.

I was very impressed with her enthusiasm and common sense, which all bodes well for her new role.

She left to visit a livestock set-up and then a local contractor, so she should have had a good insight into what is currently exercising the thoughts of farmers in the South East and hopefully, nationally.

The Chinese visit was rewarding, but somewhat exhausting as an interpreter was used to relay information backwards and forwards.

Trying to deliver information on a wide range of topics in bite-sized sentences was a new skill that had to be rapidly learned.

They had many questions, but seemed much more interested in our lack of labour than in our large machinery, which was strange for engineers.

Surprisingly, mapping and the RLR system in particular seemed to generate a plethora of questions and the inevitable photos. Anyway, both visits left me feeling as though the time had been well spent.

Meanwhile back on the farm, the worst areas of the gravel crops are really feeling the effects of a lack of moisture, with the lower leaves now completely dead on the wheat.

On the better soils the wheat is green from top to bottom with excellent results from this year’s expensive fungicide programme.

As each fungicide timing for the wheat loomed up, rain was forecast, so the opportunity to save money never really materialised.

At over £100/ha it is a sizeable investment at current grain prices, even if most of it is milling wheat.

By the time I pen the next report, we will be well into harvest and will know if the money was well spent.