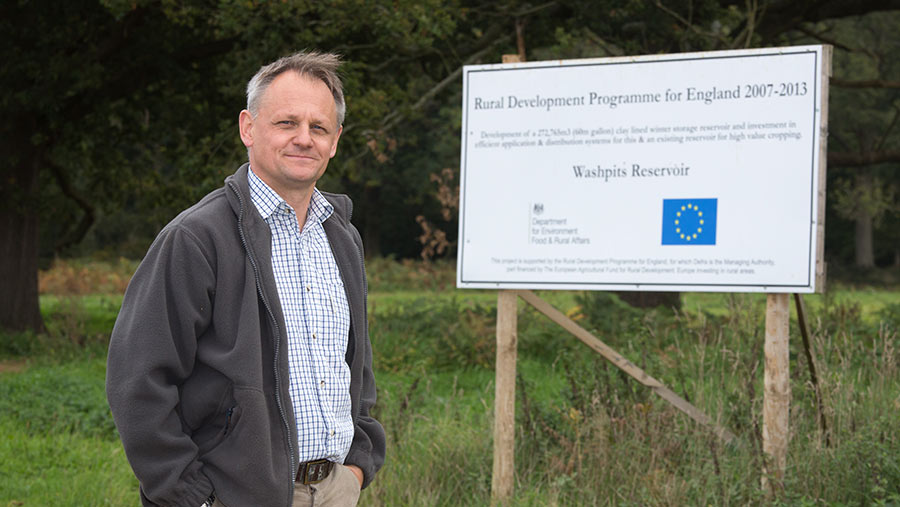 A step into the unknown – that’s certainly what a vote to leave the EU would be.

Why would a wealthy UK want to support its farmers when we can buy food of a certain nature but questionable quality from around the world? Indeed, would we still be regarded as a wealthy nation?

What do we have to offer without open access to that massive market on our doorstep? I suppose as farmers we are quite used to leaping into the dark.

After all, how many of us sell our entire crop as we plant it without being able to predict the weather?

This would be quite different, though – the rest of the nation would just be too concerned about their own future to worry about buying British or the benefits that the Red Tractor provides.

We would be back to the start of this century when Margaret Beckett and the Labour government seemed to want us to become merely park-keepers.

Except in the new, modern, post-EU world, I am sure that they wouldn’t even contemplate paying us to look after that park.

All of that being said, I could do with seeing some of the detail about what we need. Nothing about reducing those nit-picky rules that we all face on a daily basis; nothing about allowing business to thrive and certainly nothing about slackening the noose of European legislation that is implemented so very efficiently here.

No comment on getting rid of some of the nuisance around looking after my slippery little pals, the great crested newts. No doubt these issues and a whole lot more will be debated over the coming months.

I am looking forward to a couple of away-days in the Scottish Borders, including catching up with Neil Thomson, one of my fellow Farmer Focus writers, and his pals at the Kelso Agricultural Discussion Society on 22 February. How am I going to explain how mad it would be to leave the EU, especially when some of those in Scotland have been so vocal against it?

Don’t forget, NFU council, please do the right thing in the elections and vote for stability, leadership and experience. See you all at the national AGM next week.