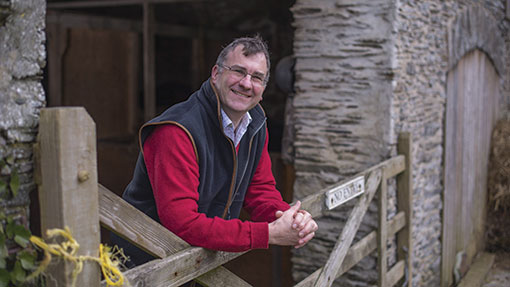 What a difference a year makes. As November starts we have virtually finished our cereal drilling. Last year it took until 6 December to get all the wheat drilled, although the timing appeared to have no detrimental effect on the eventual yield. It just goes to show that ultimate control lies with the weather and that we, as growers, are just here to fine tune the process.

I operate two cereal establishment systems: a minimum tillage system using a Sumo Trio followed up with a Horsch Pronto drill for the first part of the autumn or until it becomes too wet; the second system is the more conventional plough followed by a combination drill ,which can pretty much cope with anything we encounter.

Operating the two systems often leads to passionate debate within the business as to their relative merits. Nick, my drill man is a firm advocate of the first, taking the view that it is the best way to cover the ground rapidly. The leader of the opposite school of thought is one of my contract farming clients, who regularly reminds me that ploughing before drilling is the proper way to do it.

As for me, I believe that although the latter system generally enables excellent crop establishment it does not allow sufficient output to cover the area required on the timescale needed. It is, however, important to recognise when to switch from one system to another. While it may be deemed extravagant by some to operate both systems, with our cropping programme it is essential to have the flexibility.

The open mild autumn conditions have led to rapid germination and establishment, giving me concerns about the potential for barley yellow dwarf virus this year. Each year for the last few I have increased the proportion of seed treated with Deter. This autumn with an early start made to drilling additional aphicides are going to be essential on all but the last to be drilled crops.

Finally, on a more sober note, I am aware of a number of end users asking to revisit pre-agreed prices given the abundant potato and vegetable harvest. I hope that they will be happy to discuss the same request from the growers when the next lean harvest comes along.