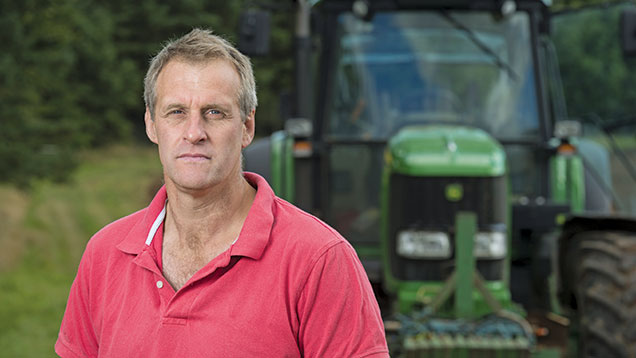 What a privilege it was to go on tour to Norfolk with the Edinburgh Agricultural Society, a body made up of mostly past students of the various agricultural institutions in the city.

The trip was brilliantly organised by Tom Middlemas.

It included some farming characters from Scotland who I really enjoyed getting to know, having a bit of banter with as well as quaffing a few pints of Adnams before, during and, it has to be said, after dinner.

The downsides of going to Norfolk to see some farming is you come away feeling slightly inadequate. Now, I know we didn’t go and see your average Joe Blogs like me.

First we visited the farm of Thomas Love, whose passion for growing potatoes even in 2014 knows no bounds.

Then we moved to this Farmers Weekly’s very own Farmer of the Year Poul Hoveson at Salle Farming. Farming with perfection in mind seems second nature to him and his influence on our next day’s visit to Holkham Estates is still being felt.

It was a relief in a way to go and see Stephen Temple in the afternoon.

His farm had the good smell of farmyard manure about, but as he is yet another award winner from Farmers Weekly, he is no Mr Average either.

He is an organic dairy farmer, has an anaerobic digestion plant making electricity and turns his milk into his own brand of cheese.

No wonder then I came home feeling that I need to stick a rocket up somewhere where the sun doesn’t shine and start, err… farming.

I have been feeling even gloomier, because since my last article when I complained of the cold May, nothing much seems to have changed.

I am really getting worried about what kind of harvest awaits us.

Where has the solar energy been to warm the soil and fill the grains?

It has become even drier, with cold winds sucking away any moisture left in the ground.

I was even out with the irrigator on some wheat just to make me feel better.

Something is wrong; the word irrigator has never made me feel better before.