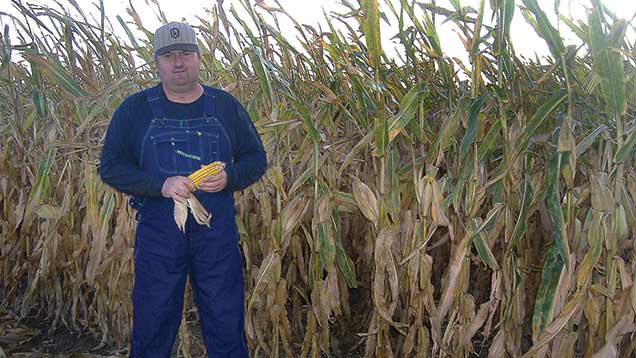 My farm has received 14cm of rain since I last wrote, marking a complete change in our weather. I planted most of my corn on 6 April into a nearly perfect seed-bed and the rain a few days later gave a nearly perfect stand.

It dried out enough to get back into the fields at the end of April, so I planted the balance of my corn on 1 May.

Burn-down has been applied on the no-till soya bean acres in preparation for planting, along with a dose of residual herbicide Sencor (metribuzin). I had 350t of lime spread on 80ha and have completed the grid application of P, K and zinc on all the arable land.

The cattle have been put through the crush for worming and vaccinating as we go to grass. The pastures are in excellent condition, making this the most promising start in five years. I ended up burning 445ha rather than the 728ha I mentioned last month.

The dry weather made me a little gun shy, along with having a fire get out of control, resulting in the fire department being called to my farm twice in one day.

Without ever really knowing why, I enrolled my arable acres into the “ARC county” option for the new farm programme. This option guards against both shortfalls in production and in price, whereas the alternative PLC program was a safeguard merely against falling prices.

The PLC program has no limits in payment amounts an acre, while ARC does. The thinking is if grain prices have bottomed out, I made the right choice, but if they go to 2005 levels I have made a mistake. Since I usually make the wrong choice, we probably can look forward to much lower grain prices.

Our severe weather season has shifted into high gear, with numerous tornadoes in Kansas, over mainly rural areas. Several homes and farmsteads were destroyed, and there are preliminary reports a large feedlot was hit with a number of cattle killed. Hopefully, I’ll still be around to give a report next month.

Brian farms 1,250ha of prairie land, of which 770ha is family owned and the rest rented. Of this, 330ha is arable cropping with maize, soya, grain sorghum, alfalfa plus a mix of rye, triticale and turnips for grazing by 200 beef cattle. Grassland is used to produce hay.