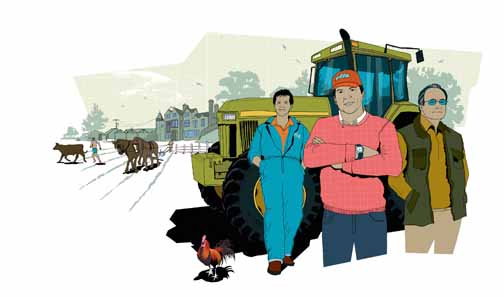 Steve Bumstead farms 148ha at Ouse Bank Farm, Great Barford, Bedfordshire. He is a council tenant growing combinable crops, sugar beet, spring beans and up to last year, oilseed rape on three blocks of land. The 21ha of woodland is now 12 years old and enjoyed by the local public. 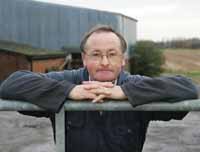 Since 2007 there has been a few changes to my business. The main change in my cropping is the switch from growing mainly Group 2 wheat varieties to Group 4 softs and hards.

This is all down to the extra costs of nitrogen that was required to achieve higher proteins in order to secure a decent premium.

Although Viscount is a Group 4 it does a pretty decent job of masquerading as a Group 3 and is used by more than a few local destinations. This of course attracts an agreeable modest premium.

Ironically, Oakley has a attracted such a premium, albeit slightly more modest in accompanying other wheats, so “Proudly Grown” for a local breakfast cereal producer. I have yet to be invited to one of their farmer breakfast meetings. However, if I was to be invited I promise not to ask for cornflakes or a shredded cereal for breakfast.

Sugar beet still has place even though I lost half my tonnage in the field through frosting earlier on in the year along with many other unfortunates. Perhaps I should have cashed the quota in two years ago when larger, more professional growers (nearer the factories) were tripping over each other to chuck £45/t at me for my entitlement. Not a bad uplift considering I obtained it for £1.90/t.

But this missed windfall has a element of sadness in the sudden death of a friend who would have taken over the harvesting from a retiring contractor; he was only 45 years old. A hard working giant of a man and a credit to his grieving family. Everybody who knew him miss him deeply.

On a happier note, a few weeks ago at the local Young Farmers Club ploughing match, local farmer and horse ploughman Paul Walsh was demonstrating his craft with horses Fred and Mary. Paul kindly let me have a go. I was ecstatic and blown away at being able to achieve this truly wonderful experience of seeing soil turned in front of me to the sound tingling chains, brasses and the smell and pure closeness of that freshly turned soil one normally misses in a climate controlled, soundproof cab.

Boy did those craftsmen work hard. Now I know why head ploughmen were held in such high esteem. They indeed earned every farthing of their pay.