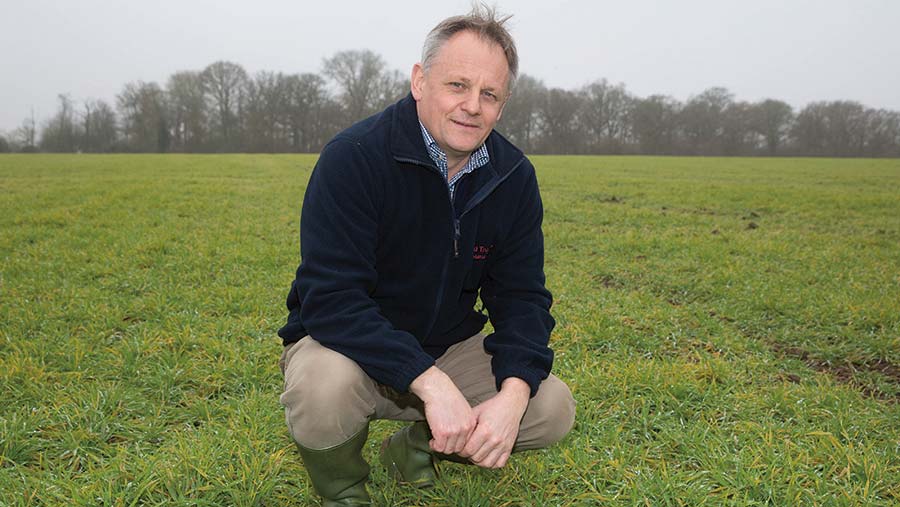 It’s all systems go out on the land, thanks to excellent soil conditions ground is being prepared for spring planting.

The fields are a hive of activity; cultivators dashing about and digestate and base fertiliser are being applied.

Carrots have already been planted and covered with plastic to keep them nice and warm through the rest of the winter.

That, of course, leads us to a future challenge; what will we be able to do with that and other waste plastic now that the Chinese don’t want to handle it?

I’m sure there are lots of potential solutions waiting for the market stimulus, no doubt to be funded by farmers who use that valuable commodity.

An interesting letter, yes, a real letter delivered by the Royal Mail, arrived early in the new year.

It transpires that the farm shrunk by 175ha in 2016 according to the RPA, which had been checking the BPS claim for that year, and it would like a significant sum repaid within the next two weeks.

After a call to the not-so-helpful help line, a few questions spring to mind. Where has the land gone? Have one of the neighbours had a windfall they haven’t mentioned?

How did the land seemingly reappear in 2017? How can four decimal points round down to such a significant extent?

So is that why the 2018 BPS payment hasn’t arrived? Why can’t someone realise that even I can’t be that wrong in my adding up?

With so many questions requiring urgent answers it was certainly time to call in the NFU BPS supremo to help.

Let’s hope they have more influence and can find someone with an ability to rediscover the missing lands of Suffolk.

Probably the most annoying issue was that the payment was made more than two years ago. According to the date on the statement, it was checked more than two months ago, but it needs repaying in less than two weeks.

Having spoken to others we don’t feel so special, a number have similar issues, all of which seem to come to a head just after the annual payment window opens!