Early destruction of cover crops is essential to allow a following spring crop to be successfully drilled and established, especially as these over-winter crops are tipped to become more important in a post-Brexit agriculture policy. 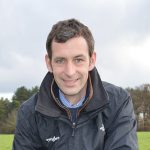 James Southgate, of agrochemicals and seeds group Syngenta, says these cover crops need to be sprayed off two months before a spring crop is planted to allow the cover crop to die back and not suck valuable nitrogen from the following crop.

Cover crops are expected to take on more importance if a new UK farming policy focuses on their environmental benefits, such as avoiding nitrogen entering the water course in the winter months and improving soil structure.

See also: Cover crops can cover your costs and give benefits

Mr Southgate, field technical manager at the company, is looking at the advantages of cover crops, but sees the benefits as more long-term than simply boosting the following spring-drilled crops.

“The benefit of cover crops in nutritional terms comes from the following autumn-drilled crops, but we don’t want to see a negative effect on the spring crops drilled immediately after cover crops,” he says.

Mr Southgate is currently looking at two different cover crop mixtures, costing in the region of £25-30/ha in seed terms – namely vetch/rye and oil radish/oats – and is keen to eventually measure the financial gains of using them.

“Cover crops benefit the soil, but we need to turn this into a monetary benefit,” he adds. 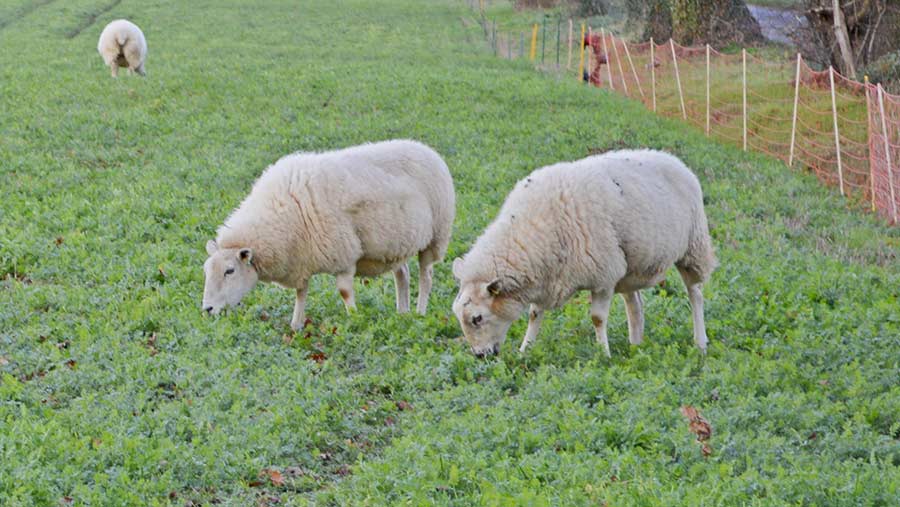 His group’s work is based at the light land Rougham Estate Farms, near Bury St Edmunds in Suffolk, where the estate uses a vetch/rye cover crop before sugar beet.

The leguminous vetch is included to help to fix nitrogen, while the latter produces fibrous roots and leads to an improvement in soil structure. 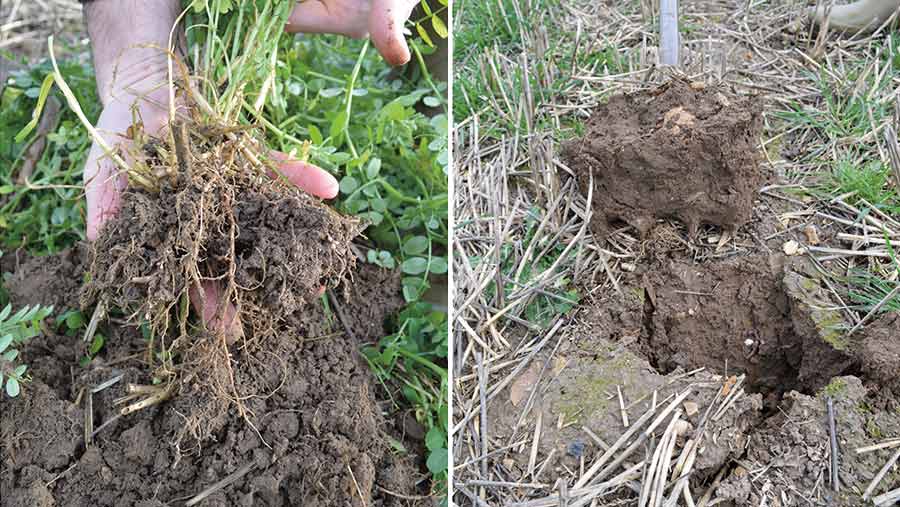 This cover crop mix is used on the Suffolk estate to provide winter sheep keep for a neighbouring farmer and also improve nutrition in the soil for the following spring crop.

He is also trying out an oil radish/oats mix, with the former included for its deep rooting characteristics, while the latter is used to mop up any excess nitrogen in the soil and also help improve soil structure.

On this light soil type, he is not seeing a benefit in yields in the first year after a cover crop, but there is clear potential for yield benefits in future years as soil structure and fertility improves. 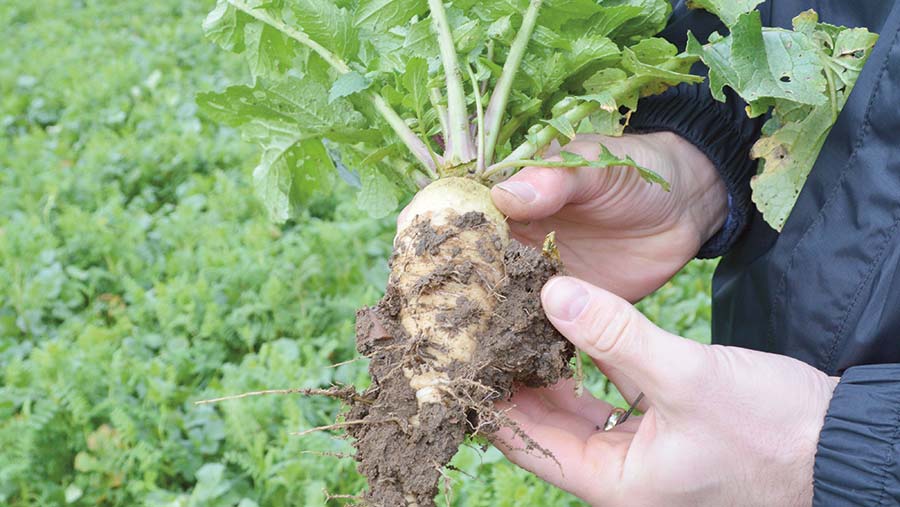 With the banning of neonicotinoid seed treatments for winter cereals from next autumn, Mr Southgate is also looking at a non-cereal cover crop mixture that will not harbour cereal pests and diseases over winter.

These neonics seed dressings control the aphids that transmit barley yellow dwarf virus, so cover crops that avoid creating a cereal green bridge to transfer cereal diseases and pests to the next cereal crop are seen as being very useful in the future.

Therefore, he is trying out a non-cereal mixture containing oil radish, phacelia, vetch and berseem clover, to try to limit any carry over of such cereal diseases and pests.

In a new move, he sprayed off some of his cover crop trial this season before Christmas as spring barley drilling on the light land estate can be as early as mid-February.

A cover crop uses nitrogen from the soil when it dies back, so the crop needs to be sprayed off at least two months before the succeeding spring crop is drilled to prevent the latter being starved of nitrogen in its early growth phase, says Mr Southgate.

“Getting rid of the cover crop is often more important than establishing the next crop,” he adds.

This early cover crop destruction would not qualify as part of a greening element of a farm subsidy package, as under the current rules cover crops can not be destroyed until after 15 January.

However, under a new agricultural policy outside the European Union, there could be a greater emphasis on soil health and so cover crops may take on a wider role in the future.