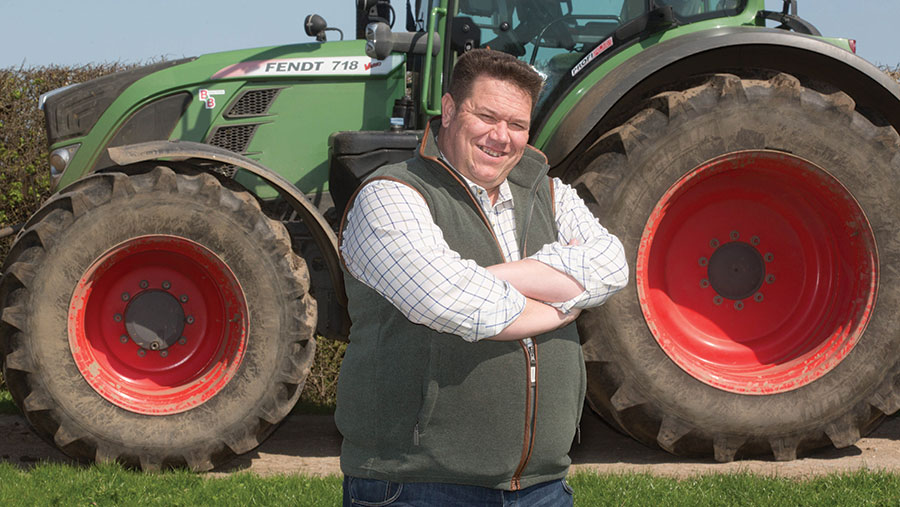 Firstly, I would like to thank everyone who emailed me in support after I mentioned some trolling following a previous month’s entry being published on social media.

I received more than 50 emails of support, so thank you. I apologise for not answering them all as, at the speed I type, I would still be doing it now.

Christmas came and went in the Challen household with much celebration this year. With two of the kids celebrating an 18th and 21st birthdays over the festive period, it just felt like one big party.

This year, I asked Santa Claus for an Aston Martin DBX and a Perzzi shotgun, but I received five types of gin and a Kylie Minogue calendar and, I have to say, the calendar is rather good.

As of 22 January, we still haven’t drilled anything, and with 49mm of rain since Christmas Day, we are unlikely to do so for a number of weeks yet.

Armed with numerous diggers and a V-shaped bucket, we set about putting in some new drainage ditches. The results were immediate and, as we all know, good drainage is fundamental to good farming.

We didn’t attend the Lamma show this year, although friends commented on it being a great success,.

I felt entering the sweet shop without any spending money would be too torturous. Having said that, we have just purchased a new spring-tined cultivator to help tackle the spring workload.

Ordinarily, we wouldn’t attempt cultivating in the spring on heavy land, choosing instead to make stale seed-beds in the autumn.

However, with so much heavy rain, our clay soils have slumped and become anaerobic, leaving a completely unsuitable seed-bed, so light tillage is likely to be essential.

Fingers crossed we won’t wake up too much blackgrass.

Finally, I would like to pay tribute to a friend, David Bowring of B&B tractors and Bowring Transport, who sadly passed away recently after a short illness. He will be greatly missed by many.