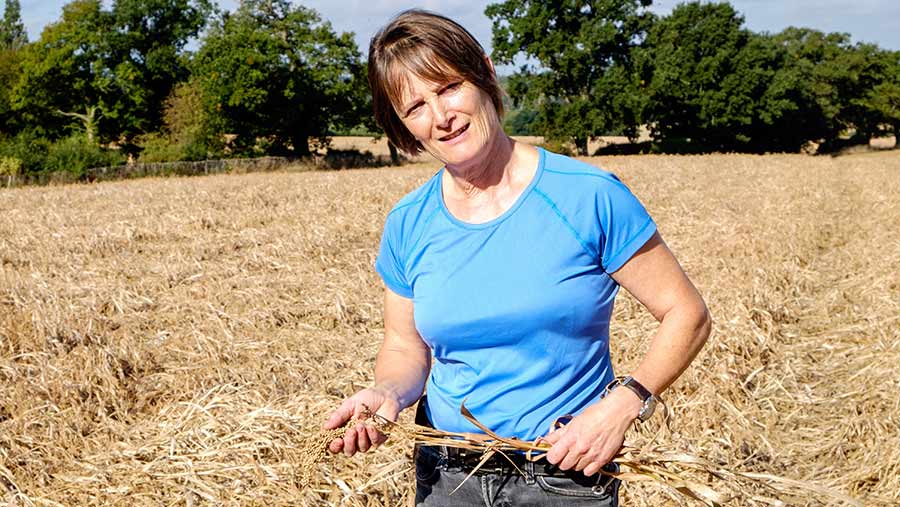 Just a few years ago the post-harvest weeks for us would have been a busy time of cultivating and ploughing, slug pelleting and spraying, but what a difference now.

These days, with virtually no cultivations prior to drilling and with rapeseed being a crop of the past, we don’t have the anxious jobs of flea beetle, slug and pigeon patrol, meaning September is a much more relaxed month.

We even get a chance to take a few days off the farm, me to Scotland to watch Solheim Golf action, and Hew a little further afield to Japan, to cheer on England in their opening games of the Rugby World Cup.

See also: How cover crops can help growers get more from digestate

Did I combine the millet in his absence? Sadly not, because we had eight consecutive days of rain.

One of the downsides of having stubble in evidence, with or without cover crops, is that we seem to be a target venue for hare coursing.

We have been visited recently by some swarthy young men with Irish accents and numerous lurchers.

The police have encouraged us to dial 999 when we see this going on.

They admit that it is unlikely they will get a patrol vehicle out, but if we are ringing it in they get a picture of what is going on.

The police are sympathetic and apologetic that they cannot do more.

As they say, they’ve been promised more officers, but it takes a while for recruits to go through training and get out on the ground.

However, if we keep reporting crime on farms, there is a chance that some of the extra personnel will be deployed to rural areas.

The most recent visit by hare coursers coincided with Lucie, one of our horse livery clients who happens to be a police officer, being on the yard.

I took Lucie with me to challenge the trespassers and it was an interesting insight in how to deal with them.

She politely reasoned with them about their choice of illegal weekend sport and, much to my astonishment, they left quietly promising not to bother us or our hares anymore. Promises, promises.