A four-species cover crop mix has proved successful on some farms in capturing the nitrogen from autumn-applied digestate, which is then released for the following crop.

Digestate is a valuable by-product of anaerobic digestion and its long-term use can bring many benefits to soils, such as increasing organic matter and supplying nutrients.

Ideally, it’s applied to actively growing crops in the spring, enabling farmers to cut back on their use of bagged fertiliser.

However, autumn applications may be necessary because of storage constraints.

Innovative Farmers is part of the Duchy Future Farming Programme, funded by the Prince of Wales’s Charitable Fund.

Farms like the Holkam and Euston estates are applying digestate in early autumn to empty storage tanks before the nitrate vulnerable zone (NVZ) closed period.

The NVZ closed period for light land runs from 16 September to the end of December.

However, this autumn-applied nitrogen could potentially be at greater risk of leaching. One potential solution is to apply digestate to an established cover crop, although there is limited data on this approach.

To address this knowledge gap, a group of farmers have carried out trials over the past three years, funded through the Innovative Farmers programme and managed by Agritech-East. Niab Tag provided the scientific input.

Laura Bouvet, knowledge and innovation facilitator at Agritech-East, says the aim was to see whether cover crops can help stabilise nitrogen, thereby ensuring more is available to the following crop.

“The trials also aimed to quantify the effect of digestate on soil health and structure,” she says.

One Norfolk farmer is hoping to slash losses of nitrogen as ammonia by acidifying his digestate.

Stephen Temple, who runs a herd of Brown Swiss cows in Norfolk, estimates about one-quarter of the nitrogen is lost between it leaving the 140kW digester and reaching the lagoon. 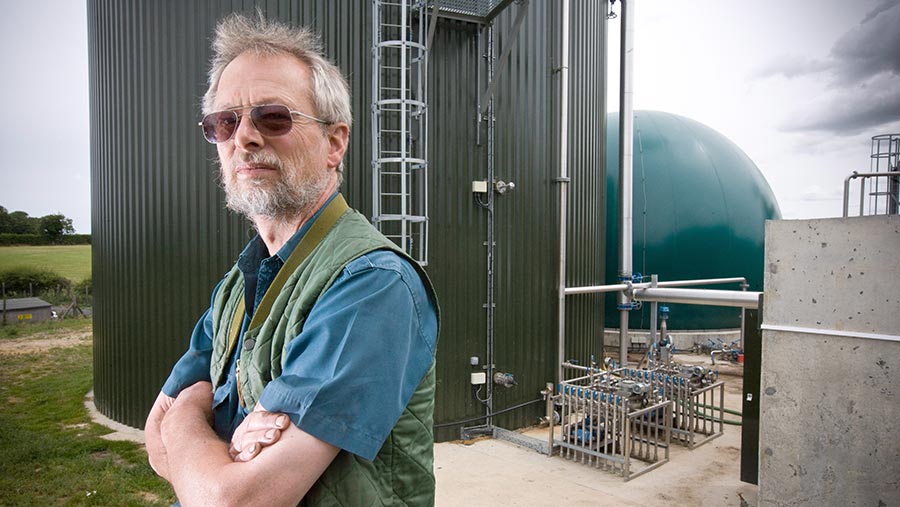 He explains that about 10% of nitrogen is in the form of ammonia, with digestate having a pH of about 8 and being at a temperature of 40C (the temperature of the digester).

However, by reducing the pH, the amount of ammonia can be drastically reduced, with additional nitrogen being in the more stable ammonium form.

To reduce losses, Mr Temple is developing his own DIY acidification system, which adds sulphuric acid. One challenge he admits he has to overcome is excessive foaming of the digestate.

Eventually, he believes the system could pay for itself in four to five years.

A four-species mix of vetch, black oats, fodder radish and buckwheat was chosen for the trial.

Ian Wilkingson, of Cotswold Seeds, says the mix offers a range of rooting types, rapidly produces biomass and is hardy enough to grow in the autumn, so can capture nutrients in these more-difficult growing months.

Although buckwheat is less frost tolerant, it does have the advantage of helping release locked-up phosphate so that it is available to the following crop.

The trials were carried out across seven farms in East Anglia with a range of soils and cropping systems. Each farmer selected a 10ha area and divided it into four different treatments:

Digestate application rates were based on nitrogen content so that all farmers were applying the same amount of nitrogen – as high as possible, but still within NVZ rules. This equated to rates of 20-30cu m/ha. 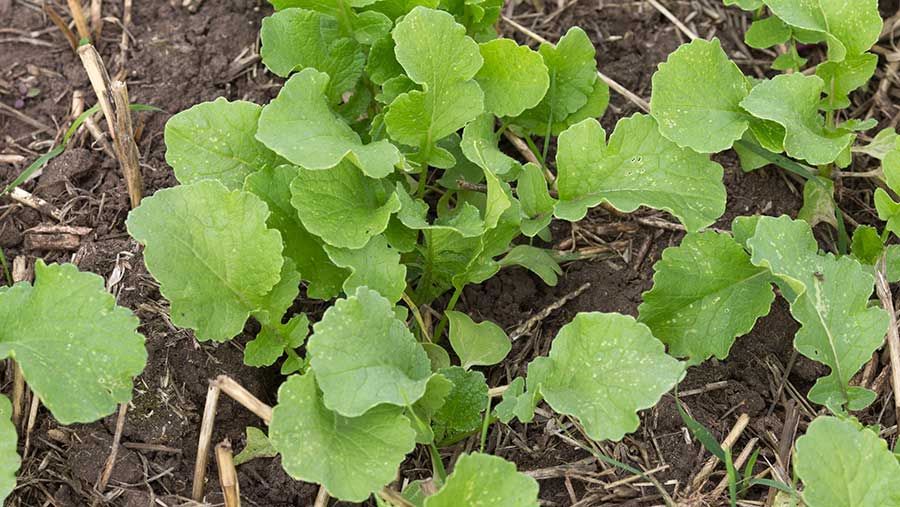 One of the most notable results is soil-available nitrogen. Lydia Smith, who heads up the Niab Innovation Farm and the Eastern Agri-Tech Innovation Hub, highlights the positive results for some of the farms.

“Areas that received digesate with no cover crop had high additions of nitrogen, but some of this was slipping down into the deeper soil, below the reach of crops.”

Where a cover crop was established, it was taken up, resulting in less N slipping down into lower depths. “It is doing a good job of picking up nitrogen,” says Dr Smith.

The group has secured funding for another field lab, and one area it hopes to investigate further is the timing of when nitrogen becomes available for the following crop.

Euston Estate, Suffolk
Estate director Andrew Blenkiron is in his third year of growing cover crops, with the aim of making effective use of autumn-applied digestate for a following maize crop.

About 60% of the area he manages is very light Breckland soil and he wants to improve soil organic matter, building up levels over the years to help improve moisture retention.

Cover crops also have a role in erosion at the 4,400ha estate. “Soil will blow if there is no crop in the ground,” Mr Bleniron says

He drills cover crops after winter wheat or winter barley in the rotation. They are then incorporated in March before drilling maize in May.

One key learning is timing of application. Mr Blenkiron says he tried applying digestate when the cover crop was at the two true leaf stage and found it scorched the crop. “It knocked it back,” he recalls.

To reduce risk, he aims to get them established as early as possible after harvest (ideally before the first week in August) and he then applies digestate when conditions are cooler in late August.

He farms light soils with plenty of flints, which are free draining and leachable.

While the estate doesn’t own the 2.2MW digester, it does get the liquid and solid digestate from the plant.

However, the AD plant does not have enough storage for liquid digestate to go longer than the closed period, so he is looking to apply in late summer to empty the tanks.

He adds that summer is also a good time to travel on land, with the least risk of soil damage.

“So, how can we apply it now and have the nutrients for the crops some seven months later?”

Mr Beamish applies digestate to bare stubble, incorporates it and then establishes the cover crop using a Vaderstad Opus with autocast.

He aims to establish cover crops in August. “A week in August is equal to two in September, so we try to go early.”