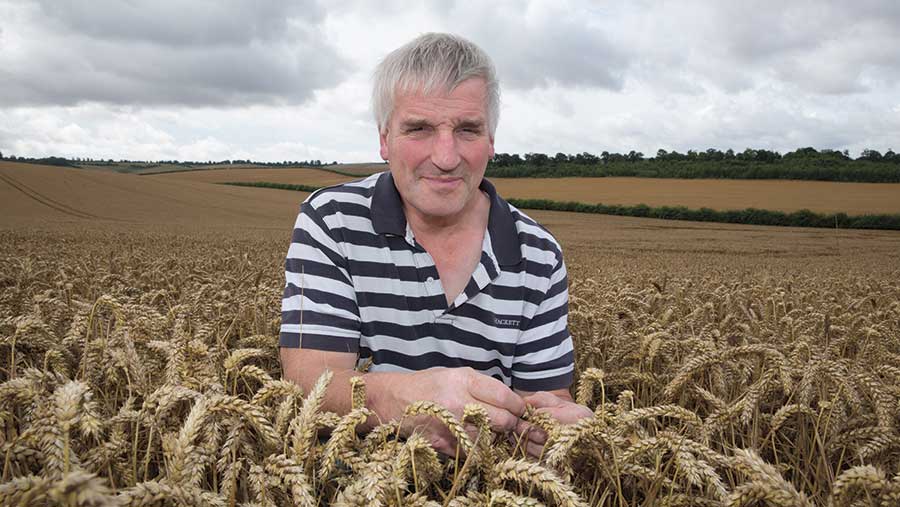 I have to admit being of an age when I can remember farming without glyphosate. I have memories of school holidays spent out in the fields with an MF165 coupled up to a set of Parmiter zig-zag harrows. Often there would be a team of us out in the fields.

I would invariably get the job of working with a pitch fork and carrying around a can of red diesel and a packet of matches in my back pocket.

Couch grass – or twitch, as it was more commonly referred to in this area – could be a scourge on the light chalk soils. When I worked on a farm in the Fens I discovered a new variety of this species that had rhizomes the length of hiking boot laces.

On the chalk soils around Royston I can remember real problem fields having to be summer fallowed and ploughed several times to get a kill of the pernicious weed.

We could never return to a scenario like the one I’ve just described for the obvious reasons of economics and the availability of staff to carry out such operations, let alone all the side effects the increased cultivations would have on soil organic levels as well as wildlife.

It is vital that all growers get behind the campaign to have glyphosate reregistered. The NFU is doing sterling work in Brussels and Westminster, as well as producing an excellent leaflet that has been widely circulated.

In the UK, about half of glyphosate used is in farming, while the rest is used by gardeners and amenity users such as the highways authorities, councils and Network Rail. Therefore the effect of a glyphosate ban would have implications well beyond farming.

Every farmer can do their bit by lobbying their MP and MEP, whether it involves going to their local surgery or even getting them out to the farm.

While I am not into social media, the many growers that do use it can have make a difference by getting their point across through simple messages and photos. Visit the NFU website or use the twitter hashtag #glyphosateisvital.