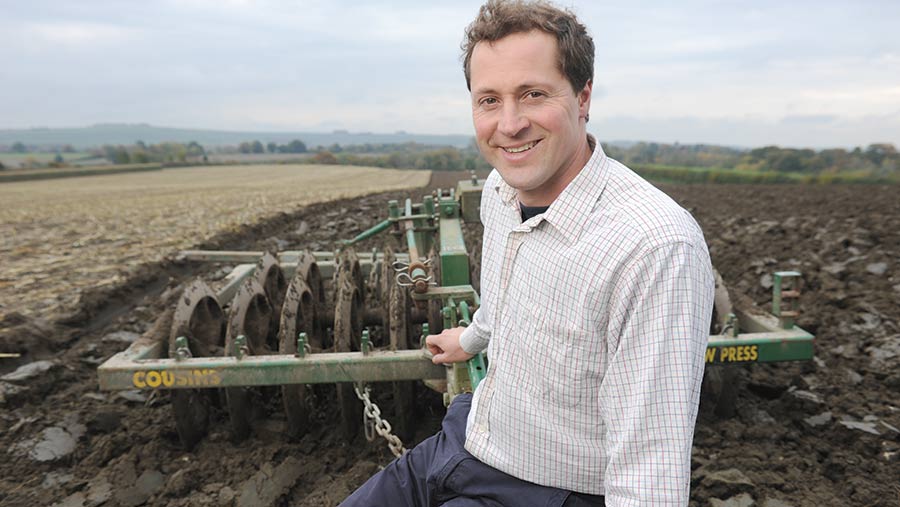 With harvest behind us, it’s been time to roll the dice again for another year. The cropping mix remains broadly unchanged with the usual 80:20 split between autumn and spring cropping.

Rape drilling proceeded on target, but since then, cold, wet conditions have left emerging plants acutely slow to develop. And added slug pressure has meant we have to monitor crops daily.

Cereal drilling timings are pushed later this year, so we are keeping fingers firmly crossed conditions will dry out enough to let us get going soon.

This year we introduced several new machines to the farm. We are especially pleased with our Weaving Shortdisc machine; an excellent stubble disc cultivator at a very affordable price.

We also hired a Claas Axion 810 tractor for the harvest period with the most comfortable, spacious cab I have ever used. I kept finding excuses why I needed to be driving it myself.

There seems to be an unhealthy spate of veganism worship spreading across social media, with celebrities jumping on the bandwagon.

Locally a kind gesture by a neighbouring farmer gifting pork sausages to the local fire department, who had previously saved the pigs from a fiery demise, led to the story exploding virally after an innocent tweet.

The unofficial rule that farm animals saved from the chop by an unlikely event should have a happy retirement had been broken. The farmer reminded interviewers that the pigs had been well looked after and were purposefully bred for meat. And although they received many words of support, others replied with hate mail.

It is sad consumers are so disconnected from the realities of the food chain and that some feel the need to continually shout about their dietary choices, expecting everyone to follow their lead.

Watching the terrible destruction wrought by Hurricanes Harvey, Irma and Maria on the news is a reminder we are fortunate in the UK to avoid such terrifying weather events.

Even so, as farmers, we are more tuned than most to notice the subtle climatic shifts undoubtedly driven by human-induced climatic breakdown.

Seasons seem to be slipping earlier and rainy weather events are more intense. How plant breeders and farmers adapt to these changes is difficult to predict, but a less reliable climate will undoubtedly continue to cost UK producers more and more.