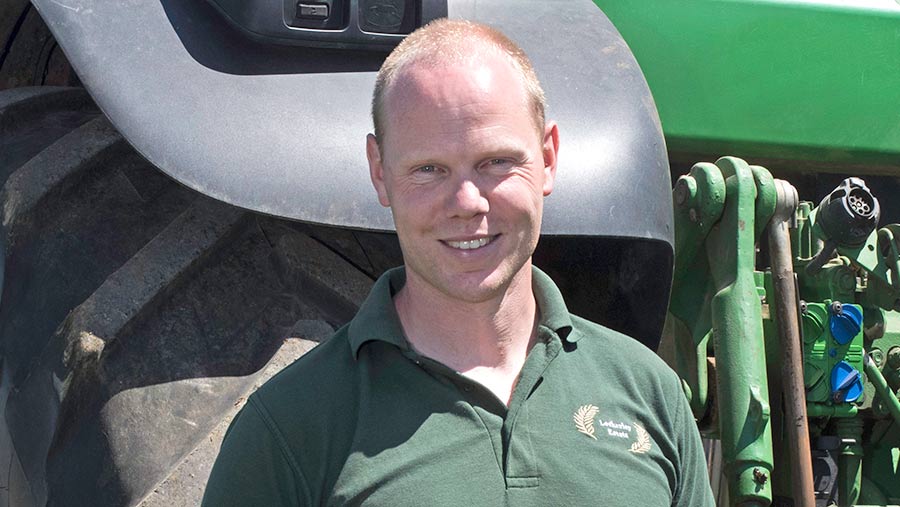 What a difference a year makes. Last year we had 10 days of autumn planting spread over five months, from late September to early February.

This year, we have made the most of the great conditions in late September and have completed autumn drilling, all bar one 40ha field which has some blackgrass.

We started slightly earlier than normal for us but are growing stronger varieties in Extase followed by Siskin and adjusted the seed rates down to 260 seeds/sq m.

See also: Why a farmer is establishing catch crops with a sprayer

In the absence of grass weeds and using variable seeding for the third season, we have targeted seed rate and germination potential in the right place.

Some of the residual herbicides were applied pre- and some peri-emergence this year, as we waited to see moisture before we applied, to help the chemistry work. Residuals were based on Liberator, but we included Hurricane for wheat following beans, or Stomp Aqua where poppy can be tricky in the spring.

The blackgrass field will not be planted until mid-October at the earliest (luckily on chalk). However, the 10ha where the blackgrass is present will be in a higher-tier option next August.

Slug traps have been put out but nothing applied prophylactically, as the cost is circa £13/ha with ferric phosphate. We hope emergence will be strong, negating the need for pellets. Emergence dates are being logged on the BYDV app so we can keep an eye on aphid risk.

Our current mid-tier agreement is coming to an end, so we have proposed an ambitious higher-tier application.

We have engaged with the Hampshire Wildlife Trust and Natural England to ensure we are delivering in the correct areas. Using the Soyl margin mapping tool and the past three years of harvest information, we can be more aggressive on deciding on appropriate land use outcomes.

Cover crop growth has been rapid this September with all sown by mid-August. We are due to see sheep back in the next 10-14 days, so they are settled before tups go out in early November.

Vetch and buckwheat look well but forage rye is a little disappointing. However, phacelia is the standout, as always.

The super 10 mix we have tried is interesting but looks brassica-heavy. Only due to the moisture, I think, this has survived to date. Otherwise the flea beetles would have destroyed it.

We are working with our neighbour and contract shepherd to support two students from Sparsholt College on work placements as part of their courses for the next academic year. Between the three of us we hope to offer a good variety of tasks and encourage them into the industry.