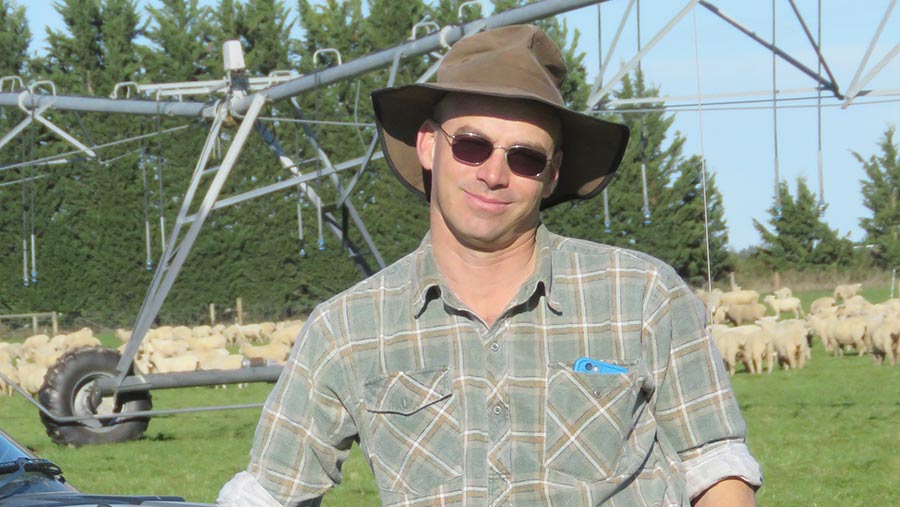 Here in Valetta, ryegrass seed production and the resulting lamb grazing we get both before closing and after harvest is the cornerstone of our business.

For the past two or three seasons, we have noticed an increased number of annual grassweeds in fields and initially thought we would get on top of them reasonably easily. How wrong I was.

We started to see failures with pinoxyden and haloxyfop and responded by upping rates and moving to clethodim, with some success. Hours upon hours have been spent rouging populations in grass seed crops and destroying small, bad areas.

Last season, as I have previously written, we even resorted to buying our own 4×3 baler to ensure the harvest process was entirely self-contained to eliminate sources of contaminates.

Last year, Jayne and I were fortunate to travel to Oregon and participate in the International Herbage Seed Conference and study tour hosted by Oregon State University.

It was during the lectures and field trips that the reality of herbicide-resistant grassweeds really hit home.

It would be fair to say I was stunned by the effect these resistant grass off-types were having on the quality of the seed production. What I did not realise was that we already had the problem back home.

Even though we have taken an aggressive stance on beating this problem, I must admit that this spring it appears as if we aren’t making much progress at all yet.

The various company agronomists who call upon us are saying that the problem is lurking on many farms here in Canterbury, and that most folk haven’t yet realised the seriousness of these off-types.

Whether we have developed this resistance domestically or imported it is a matter of debate.

What is very clear is that we must beat these annual grasses urgently, as our future ability to be grass seed growers will depend on our success.

I’m also probably going to need a word with our three sons, as it would seem the summer school holidays will again include rouging duties.