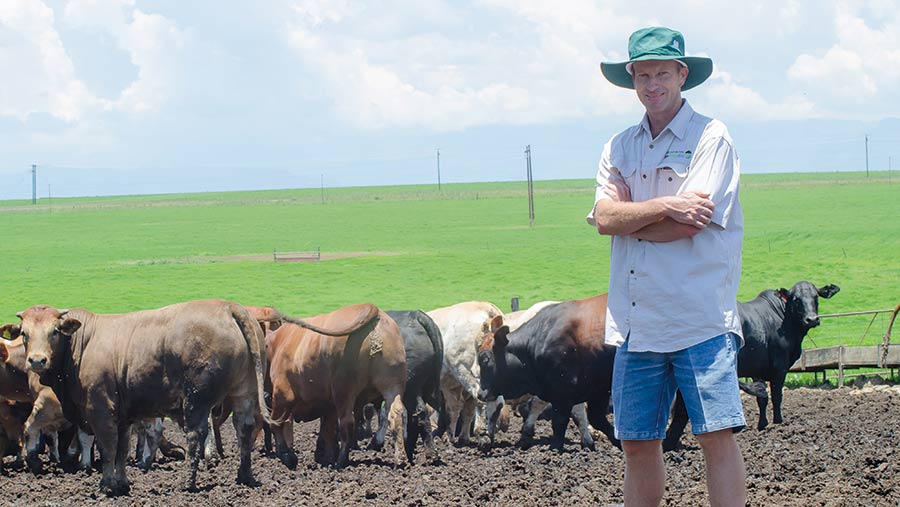 We have recently received some good rain on my piece of Africa. We have had an extremely dry season so I am very grateful for it, albeit a bit late for the summer crop.

The winter cover crop that I aerially seeded over the maize is looking good thanks to both the rain and short maize plants, which are allowing good sunlight in.

Farming in South Africa has its challenges. Apart from the weather, we also have to deal with a corrupt and incompetent government.

The reality of this incompetence was reinforced this last week with the implementation of “load shedding”.

A state-owned monopoly is a recipe for disaster, especially in a country where there is a temptation to dip into the cookie jar.

Quite honestly, I think that the politicians and their connections have been so peckish that all of the cookies are long gone together with the jar.

Eskom has an installed generating capacity of 46GW. At the moment, the country only uses about 27GW.

From these numbers there is huge surplus capacity in the system, but thanks to corruption and poor management, the demand cannot be met.

The latest excuse is that the cyclone in Mozambique blew over a transmission line from a hydro-electric dam there, but this only accounts for 1.1GW and Eskom is load-shedding 4GW. The numbers don’t add up.

Lately I have had three power cuts per day – two-and-a-half hours each time.

This adds up to almost one-third of the day lost, which has serious implications to pumping water for cattle.

It has been hot lately so I have had to install bigger pumps to keep the cattle watered.

We are having a national election in six weeks’ time. The ruling party, Nelson Mandela’s ANC, currently enjoys 62% support.

One would expect its power to be cut every time the Eskom power is cut, but I wouldn’t hold my breath.