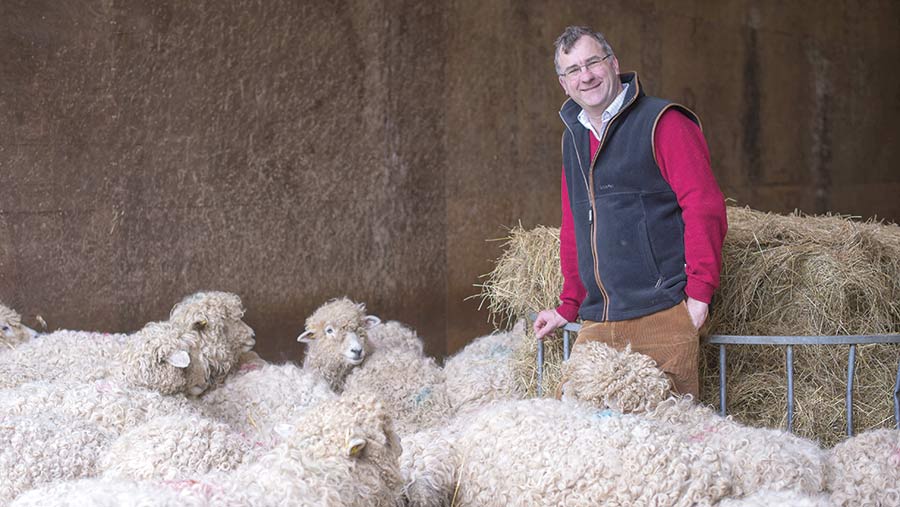 We are experiencing something novel this season. The relatively kind autumn of 2018 meant that we have gone into the winter relatively caught up.

Usually there is a field or two somewhere requiring drilling where we haven’t quite made it. I’m usually on the lookout for a break in the weather somewhere to get finished up, but not this time.

At the time of writing there are signs of some harder weather on the way, which I think will be a good thing as crops, particularly on the better land, are looking too proud.

See also: How a mixed farm is waging a costly battle against ryegrass

We are shortly to start daffodil flower picking, although in west Cornwall the early growers have been picking for a while.

I await with interest to see what the availability of picking labour will be. That will only be truly ascertained when they turn up.

The upshot of all this is that we have been able to make some good progress with maintenance and have even achieved some “nice-to-do” jobs as opposed to the more normal “need-to-do” ones.

Our machinery parking area next to the main yard is now looking a whole lot tidier.

Sheep work has been absorbing quite a bit of labour during January, as we have a large number of finishing hogs and in-lamb ewes grazing stubble turnips and forage rape.

This year we have some particularly good crops, helped by relatively dry weather, which are holding the numbers well.

While the job of moving sheep around and electric fencing can be time-consuming, I am convinced of the benefits. It was certainly apparent during the last harvest where land in good heart came into its own.

Finally, I am watching and waiting for a Brexit outcome. I am not totally jaded watching the political infighting like some, it is interesting to follow the twists and turns.

However, the politicians need to realise that we really do need a settlement of some sort, which is invariably going to be a compromise. If only a few more of them lived in the real world!