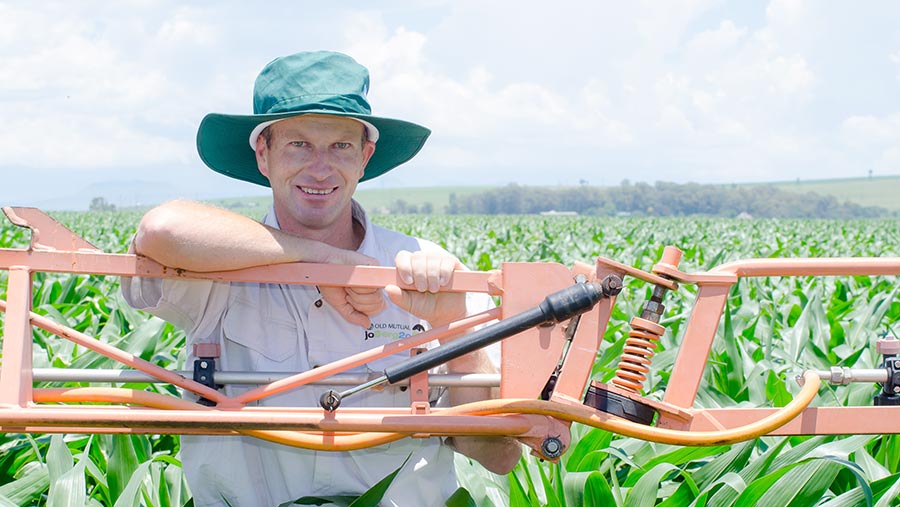 It is spring in South Africa. It hasn’t rained yet, but the days are much longer, with the temperature getting well into 30C. As always at this time of the year, the to-do list seems to get longer, while the days to planting gets shorter.

This year I am planning a summer cover crop. Normally in the summer, which is our rainy season, I plant a cash crop. In the winter, I plant a cover crop, which has to eke out an existence in the dry conditions.

However, I am going to take some hectares out of cash crop production this season and grow a cover crop instead.

The area I am planning to use for this has had a few problems. Last year’s bean crop was very patchy and I found two main issues.

This lack of organic matter was affecting infiltration and water-holding capacity. So basically, the rain was running off the poor areas and infiltrating the good areas a few meters down the row.

Second, the poor-quality soil is acidic. This acidity was releasing manganese, causing manganese toxicity and stunting the root growth of the beans.

I have now limed this field and worked the lime into the topsoil. The best way to increase organic matter is to grow it.

I feel this summer cover crop will increase the organic matter faster than a cash crop and that the return will come to me through increased cash crops in the future.