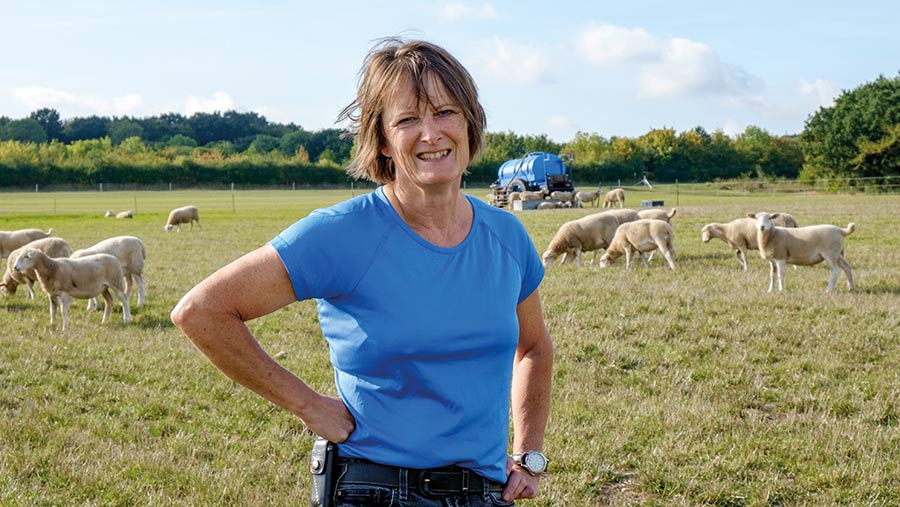 I could relate to Will Evans’s piece in Farmers Weekly recently. Congratulations to him and his family on the safe arrival of their fourth little girl. As one of four daughters I wholeheartedly agree with his hope that soon ability, not gender, will be the overriding factor for those that want to go farming.

Decades ago, when I started farming, I got some strange looks from the machinery trade when I asked technical questions.

I also recall being outbid to ridiculous price levels when buying some ewes at a sheep sale because, as the auctioneer confided later, somebody did not want to be beaten by a woman.

We did a bit of spring barley drilling in slightly stickier ground conditions than we would have liked. It is emerging, but plenty of rooks and jackdaws have come to the table.

The Sly drill is particularly good at placing the seed under an angled sod, which prevents birds getting to it initially. We are really hoping for our conventional-drilling neighbours to leave some seed on the surface of fields to entice the hungry birds their way.

The cover crops have proved to be a saviour for the sheep. With grass growth slow due to persistent cold nights, we have left the ewes on cover crops to start lambing.

It is not ideal because the three-strand electric fence is not lamb-proof and I am having to walk all the ewes into a nursery paddock as they lamb.

A big advantage is that the sheep are visible from a footpath, and via signs and social media, we encourage walkers to alert us of anything of concern.

I have just righted a ewe who rolled on to her back giving birth to a monster lamb, after a phone call from an observant walker. She was delighted when I sent her a photo of the Exlana ewe and her lambs sucking just minutes later.

Chatting to another walker as we watched lambs being born, I was quite surprised when he asked when they might be ready for the freezer.

Christy Willett farms with son Hew on 475ha at Parklands Farm, Galleywood, Essex, growing combinable crops alongside diversifications into horse stables on DIY livery, industrial and office lets She is the chair of the Essex NFU.