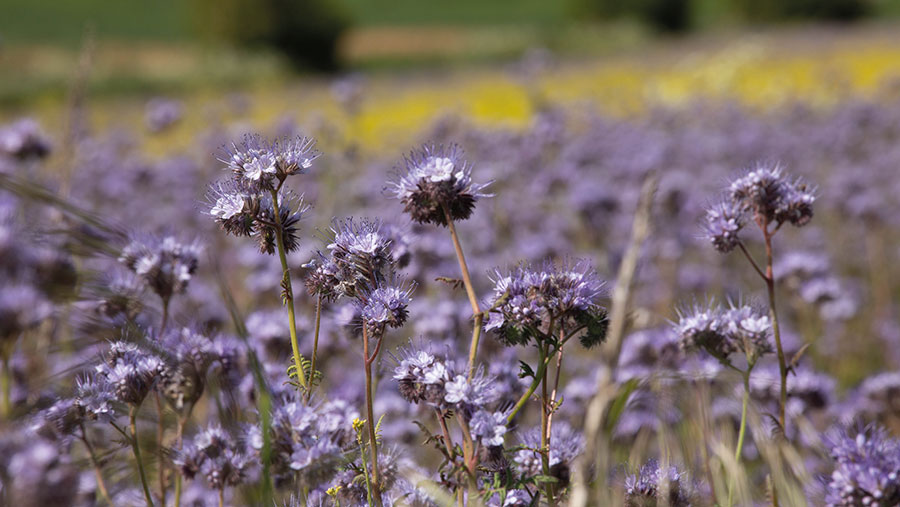 Making significant savings and finding other income streams are the two top priorities for the four East Midlands Monitor Farms, as they plan for the post-Brexit future.

The loss of a significant chunk of money, as well as the fall-out from two difficult autumn and winter periods, is giving a sharp focus to how new funding channels will work and whether grants and incentives will have a place.

All are hoping that productive farming can continue to sit alongside environmentally beneficial schemes and any diversification projects, as they make the changes required. 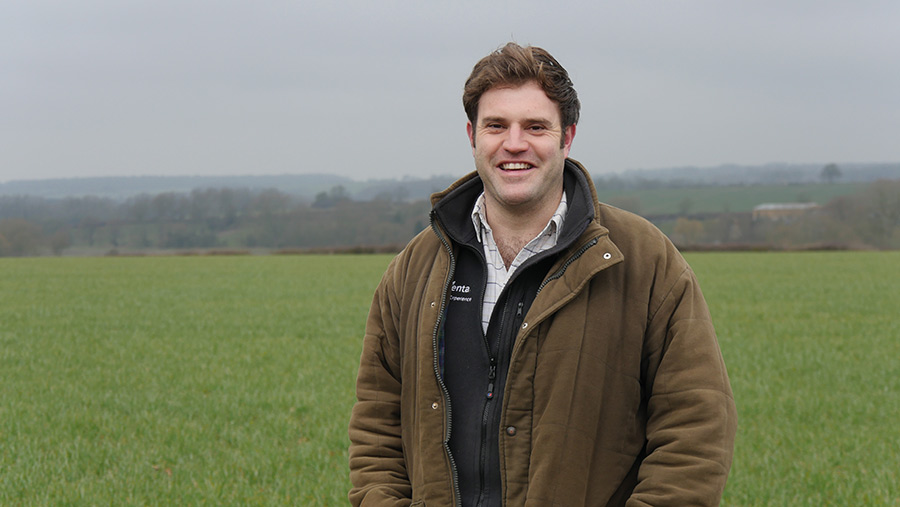 With two Mid-Tier Countryside Stewardship schemes in place and 13% of his land already taken out of production, Northampton Monitor Farm host Rick Davies is keen to push on with the Environmental Land Management schemes (ELMs).

Already seeing a benefit from the greater diversity of habitats, Mr Davies now plans to identify other parts of the farm which don’t return a good income and see whether stewardship would be a better outcome for them, as he looks to become more efficient.

Farming 394ha, he has more than two-thirds of that in winter wheat this year, having moved away from oilseed rape three years ago. The remainder is in spring beans, with just 30ha in grass for his cattle and some 29ha in margins.

Spring barley is usually grown, but fear of a no-deal Brexit means that he dropped it for 2021. “It will be back next year – going forward the intention is to have 60% in winter crops and 40% in spring cropping rotation,” he says.

With this in mind, he has improved the farm’s soils with sewage sludge, chopped straw and home-made compost, to increase their resilience and moisture-holding capacity in dry years and take the risk out of spring crops.

The business has also diversified to include office and industrial units, container storage and boxed beef; all being run successfully and making an important contribution in bad farming years.

“We will keep driving on with diversification,” he says. “But we do recognise that it can’t just subsidise the farm. Both need to stand on their own two feet.”

Otherwise he will be keeping a close eye on expenditure and reveals that variable costs are next to be tackled.

“We need to find a way to bring them down without having an impact on yield. We have had good results with rogueing on grassweed populations, so grants for machinery items such as inter-row hoes may give us the scope to reduce herbicide use by 80%.”

Making the most of BPS while it is still available is also on his agenda, with 40ha of drainage work planned. “We’re reinvesting it in the business – we see yields rise significantly on land where drainage is working well.” 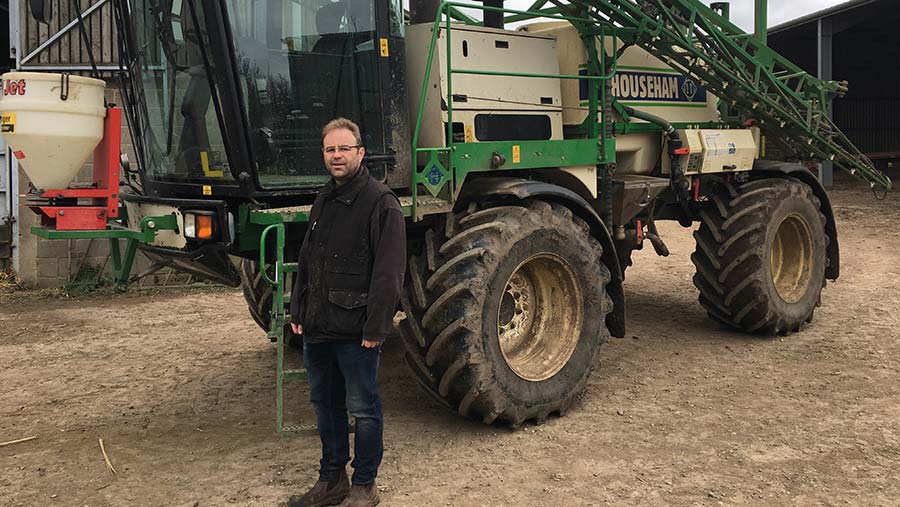 In Lincolnshire, Brigg Monitor Farm host Colin Chappell is wondering whether he should diversify or restructure his business to try to make up the 45% funding shortfall, or embrace the ELM schemes and make it part of his rotation.

Having just been through the worst harvest on his farm since 1948, he is concerned that extreme weather could be the new normal and believes it will force him to change the way he farms, just as much as any new agricultural policy.

With 5.5% of the farm in mid-tier Countryside Stewardship, winter wheat is his “bread and butter” crop and is where the money is made, but the very wet autumn and winter of 2019 meant he only had 5% of the farm in the crop last year.

“The River Ancholme makes or breaks me,” he says. “Since 2000, it has been higher than it should be on a number of occasions. If the water is held within the towpath, it’s fine. But more than that and our land floods or becomes waterlogged.”

While the farm is in a better position than this time last year, he is keen to know more about how the ELM schemes could work for the business. High magnesium, heavy clay soils make water management and cultivations challenging, while other agronomic pressures related to loss of chemistry are mounting.

“We introduced spring cropping to help with a blackgrass legacy, which has worked on weed numbers. But spring crop results are variable and don’t make the same financial contribution as wheat.”

Making the ELM schemes part of his rotation could be a way round this dilemma, he suggests. “If I have a lucerne/clover mix or a two-year ley as part of the rotation, with its known income, that may be the best solution. It would involve a rethink of our diverse business.”

Otherwise, he admits to keeping his hands firmly in his pockets as incomes start to be affected. “There will be no investment or spending until I have more details on the new scheme and how it will work,” he says.

An opportunistic cropping plan has allowed Gary Willoughby at the Wainfleet Monitor Farm to cope with the last two autumns, neither of which have gone according to plan.

Farming 170ha of heavy soils which are tricky to work if the weather turns, he has recently turned away from heavy cultivations and made the move to direct drilling, as he gears up for the future.

He also intends to embrace the ELM schemes and the clear direction of travel that they bring – with environmental responsibility and public goods being paramount.

“We don’t know all the ins and outs yet, but we need to make ELMs work. I enjoy being on the farm and doing farm work, but it does have to cover the bills.”

He has small areas of Countryside Stewardship options in wet corners and margins, but wishes that he had done more when he had the chance. Fixed costs are being scrutinised and the potential for other income streams – possibly from old buildings – investigated. Solar panels could be an option, too.

“We are always looking at our growing costs and we do have fertiliser in our sights as an area for savings,” he says. 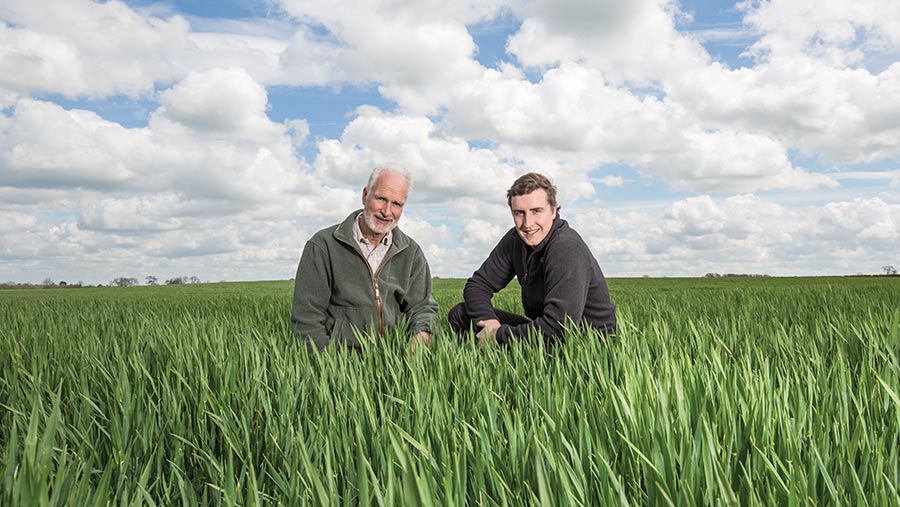 Keeping costs down and streamlining operations are on the cards for James and Michael Parker, the father-and-son team who host the Vale of Belvoir Monitor Farm.

With 560ha of arable land, they are just in the process of renewing their Countryside Stewardship agreement, but are not convinced that they should increase the area being taken out of production.

“We can get good wheat yields here,” says James. “Doing more mid-tier might not be the right way to go.”

However, finding different sources of income to support the business is on their minds, although they already have an established green waste composting business, solar panels and a laying hen enterprise – all of which reduce their reliance on weather and the wheat price.

Like the others, their farm is in a better state this year, with more winter cropping in the ground than in 2020. However, wet weather has disrupted the rotation and oilseed rape has been dropped, after crop failures.

As a result, various spring crops are being assessed, including millet and lupins, but their profitability remains a concern.

“We have some drill and cultivation decisions to make as we reduce soil disturbance,” says Michael. “New grant schemes might help with that purchase and allow us to move forward.”

Making fields more productive is another of his aims, with soil health measures to help with nutrient unlocking also being planned.