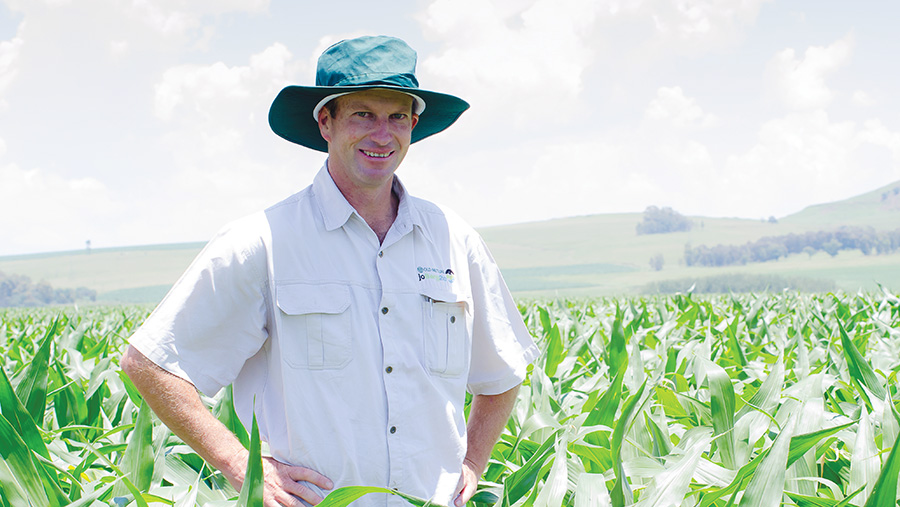 Wouldn’t it be nice if we could have a solar powered machine that could convert low-quality plant material into high quantity protein?

Well there is one, it is called a cow. There has been a lot of hype lately over companies that can make plant-based foods taste like meat, cows have been doing that since forever.

South Africa is largely an arid country, with only about 13% of agricultural land being arable.

The rest is either too dry, or too mountainous for cropping. Thanks to the miracle of the ruminant, these areas can also be productively used.

Grassland that is correctly grazed (heavily stocked for a short period and then allowed to rest for a long period), is basically immune to soil erosion, but best of all it also becomes a carbon sink.

Rangeland that is left ungrazed becomes rank and lifeless.

My long-term goal on the arable fields on my farm is to increase the organic matter content of my soil. Higher organic matter will translate to higher yields and higher profits.

When a plant is in the vegetative stage it is actively growing, sending sugars or exudates to its roots. As it matures, it starts to reserve these sugars for seed production.

When the plant is defoliated, it goes into crisis mode – it scrambles to grow more leaves and has to re-energise its roots, thus increasing the carbon in the soil.

Researchers have tried to mimic this grazing action mechanically, but can’t get anywhere near to what a cow can do.

A ruminant is basically an automatic, mobile compost-making machine.

It would seem that the dung and the hoof action of the ruminant, is crucial to sequesting carbon dioxide from the atmosphere to the soil.

Cows have been taking a lot of flak lately, but correctly farmed, they help feed us and are good for the environment.