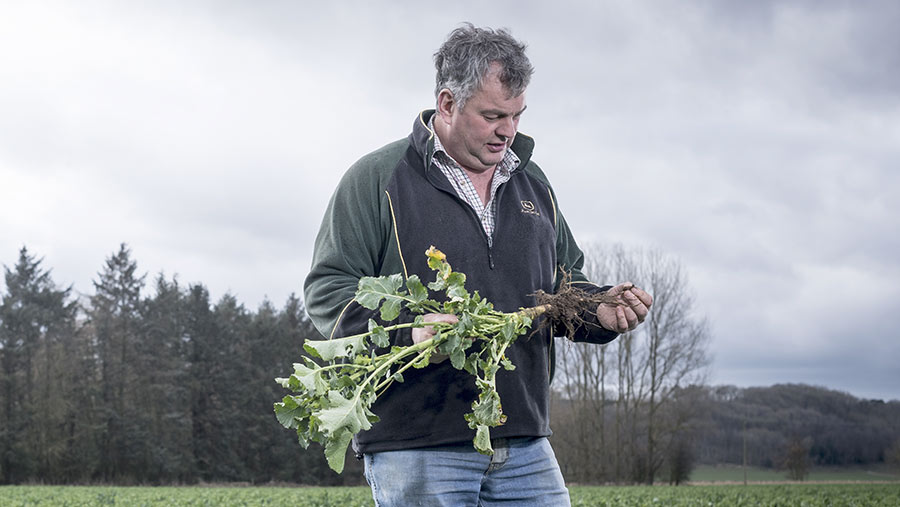 Spring’s false start has really hit us up here in Ryedale – the oilseed rape that had really started to “run” has come to an abrupt halt.

For potential, I don’t think anyone would swap the cross-drilled area for anything else.

See also: What the decline in fungicide performance means for wheat growers

Wheat, in the main, looks fantastic, with wall-to-wall fields a very common sight.

The KWS Siskin drilled early November, after spring beans, looks to have terrific potential, but I would still have to say that the early-drilled (mid-September) KWS Grafton is the pick of our wheat.

He demonstrated to all present why we’re lucky to have such a forward-thinking and engaged regional utility.

They really have embraced sustainability in their supply chain and full credit must go to their initiatives to reduce pollution in water catchment areas.

It was really great to see community spirit in action at a recent quiz held in our neighbouring village of Barton-Le-Street.

The hall was packed and the questions put by Barton farmer Rory Kemp and his wife were challenging and well thought out, in an atmosphere that was very inclusive — a gathering of cheerful country folk raising money for the upkeep of a cherished village hall.

The Six Nations threw up some interesting results, none more so than the Calcutta cup game at Twickenham.

For the Scots, 31-7 down at half time and with no chance of recovery in most fans’ opinion, there must have been some explosive discussions in the changing room.

It’s amazing what self-belief and no pressure of expectation can result in. I might even go so far as to say that our northern rivals deserved better than the 38-all draw.