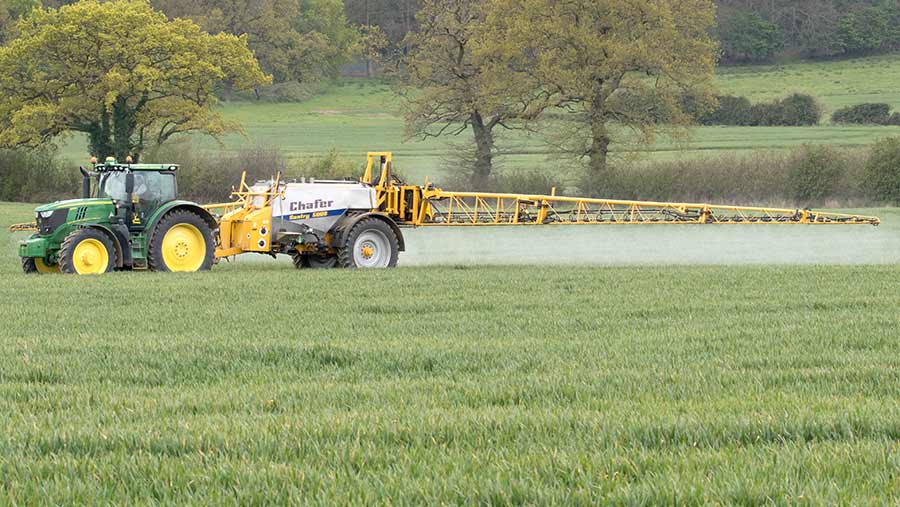 Further shifts in the performance of popular fungicides against septoria during 2018 – a season with low disease pressure – are putting T1 fungicide strategies in the spotlight this year.

The bigger-than-expected changes seen in both the azoles and the SDHIs are unwelcome developments, agree researchers, who all point out that field control remained acceptable last year, admittedly helped by the hot, dry spell.

“Changes are occurring in the septoria population and this has been seen in both field and laboratory tests,” says Jonathan Blake, Adas fungicide expert.

“There’s been a general progression to greater insensitivity, with a clear reduction in fungicide performance.”

Hopes that the drift in efficacy with azole chemistry had stabilised were dashed by the 2018 monitoring data, which shows the septoria population is still adapting.

In practical terms, this means the best septoria control from an azole is now 50%, with prothioconazole doing better than epoxiconazole.

“At the same time, there has also been a jump in the frequency of mutations which affect SDHI efficacy,” Mr Blake reports.

“A whole host of mutations have been confirmed, many of which have little effect on efficacy. However, there are a couple of isolates that are very insensitive to SDHI chemistry and their frequency is increasing.”

Fortunately, the field performance of SDHI/azole mixes is holding on, as confirmed by the AHDB fungicide performance work, despite this background change in the septoria population.

“In practice, it means growers are having to apply more to get less,” says Mr Blake. “Six years ago, a half dose worked well. That’s no longer the case.”

The multisites remain a valuable part of any programme, with chlorothalonil bringing 40-80% control of septoria and helping to protect other chemistry, without any loss in its activity being recorded over the years, he adds.

“It’s more important than ever that actives are mixed and alternated as much as possible and that multisites are used. Sensitivity shifts are reduced where mixes are used.” 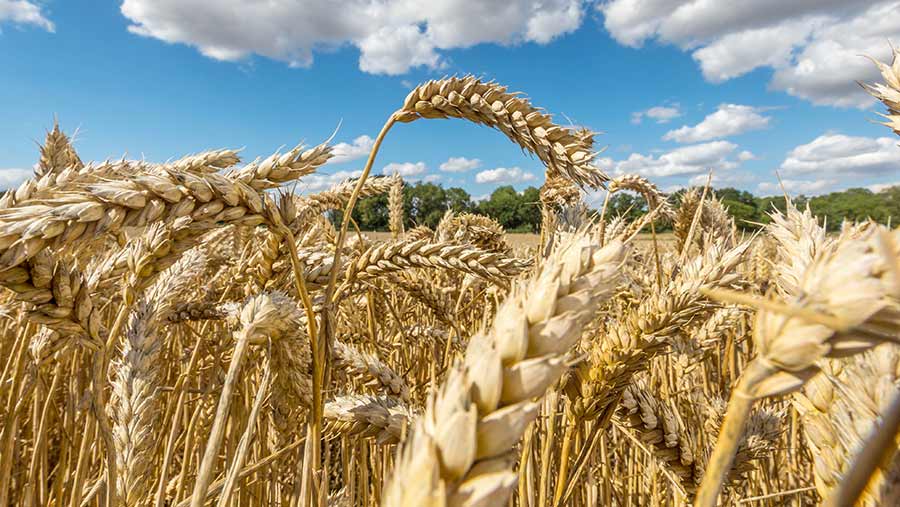 Looking ahead to this year, Mr Blake expects the season to be very different to 2018, when septoria development was interrupted by a lack of rainfall and national yield responses to fungicides were about 1t/ha.

After a year in which fungicide programmes went unchallenged, there’s no room for complacency in 2019, he warns, with growers having to accept some unknowns.

“It’s not clear what level of control they can expect from fungicides or if sticking to what you did last year will work again.”

However, what is known is that late-drilled wheats will be carrying far less disease in the spring, as will the more resistant varieties.

“There’s already a buffer in the system where you’ve used these techniques, so there is usually no need to spend as much money or opt for a high-input strategy. In these situations, an azole with a multisite should be enough at T1.”

He urges growers to only use SDHIs at TI where they are required, rather than as an insurance treatment.

“We know that the more they are used, the more the resistance progress is accelerated. So their future depends on responsible use on the farm.”

His other point is that there is always the option to use a T1.5 spray if the T1 treatment is not holding disease.

Richard Overthrow, regional agronomist with Niab Tag, says there has been no yield response from including an SDHI at T1 for the past two years.

“It hasn’t been needed,” he says. “Of course, we may be looking at a very different set of circumstances this year, which is why it’s important to assess risk on a field-by-field basis.”

If yellow rust can be found ahead of the T1, then it will need treating, with epoxiconazole having the edge over prothioconazole.

“The SDHI mixture products are good, but not better, on yellow rust. So that’s not a reason either.”

There are also other products, such as biostimulants and trace elements, that may help in the future, he accepts. “While we are still getting activity from fungicides, most of them don’t stack up.”

For AHDB’s Malmesbury Monitor Farmer Roger Wilson, spray decisions are driven by the weather and yield potential, with plans for this coming year likely to reflect both of those variables. 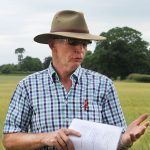 The wetter climate in the South West means septoria is his main disease challenge, with four sprays being used at Lower Odd Farm in most seasons.

“The T1 timing is just as important as the T2 here,” he says. “We are mindful that we mustn’t let septoria get away from us, as we don’t have any means of rescuing the situation later on.

“Like everyone, we are trying to reduce our reliance on fungicides and spend less if we can, but it’s difficult to budget for the weather.”

His usual practice is to put some chlorothalonil on at T0, when he is going through the crop with the first plant growth regulator. “That may have to change if we lose chlorothalonil, but getting that early protection on helps if it then turns wet.”

His other consideration is that there might be a four-week gap between the T1 and T2 timings, rather than the target of three weeks, due to weather delays.

“Fortunately, we can get around all of our wheat in a day, so that’s helpful in a catchy season.”

The decision on whether to use an SDHI/azole mix at T1 as well as at T2 will wait until nearer the time, when the effects of the weather on disease levels can be assessed. At the same time, crops with lower yield potential will be ranked accordingly.

“We try not to need two SDHIs in a season,” he says. “We’ve moved to later drilling dates and more resistant varieties, so we have taken out some of the risk.”

Last year’s dry spell made it a much easier season for disease control as septoria was stopped in its tracks. “With hindsight, we should have stopped spending on fungicides sooner than we did.”

Having to accept slightly dirtier crops in the future is one of the scenarios that Warrington Monitor Farmer Rob Cross can envisage. 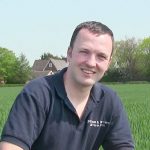 The combination of fewer active ingredients and rising levels of resistance to azoles and SDHIs means he can see a time when he will have to extend his holistic approach to disease control, applying more of an organic mentality.

“At the moment, getting the spray timing and application right is the most important thing we can do,” he says. “It matters much more than product choice.”

He is relaxed about current disease levels in his wheat, having had a dry winter. “I’m growing more resistant varieties, such as Graham, and didn’t start drilling until October. So crops are clean at this stage and looking good.”

His T1 strategy depends on whether he has used a T0 or not. “That comes down to crop potential. Last year I didn’t apply a T0, but this year I am intending to put on some chlorothalonil and an azole. It will cost £8-£10/ha.”

Mr Cross, who is Basis qualified and does his own agronomy, operates a very diverse rotation and, being in a high-rainfall area, has to adapt his spraying plans to the weather.

Even so, he will only use two SDHIs in extreme situations and also avoids the use of additional spray timings, such as a T1.5 or T4, by concentrating on timely applications.

“The bulk of our expenditure is at T2,” he says. “Having had some trials on the farm which allowed me to compare treatments, I tend to go for Ascra [bixafen + fluopyram + prothioconazole] at the flag leaf timing.”

That means an azole/chlorothalonil mix is the norm at T1. “Like everyone else, we’ll be monitoring crops closely and looking for the effects of any slippages with the chemistry.”