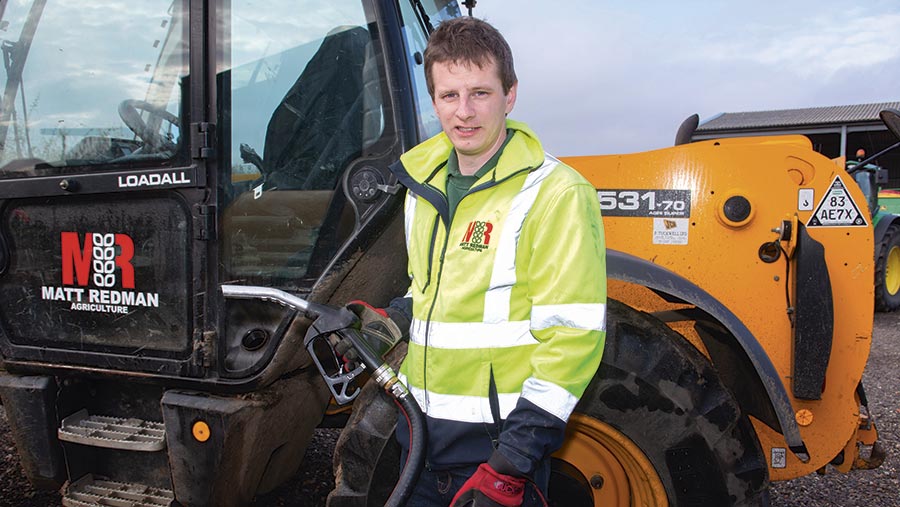 It’s always good to kick-start the year with a busy calendar of training events, conferences and shows, and this year is no exception.

It’s good to get off the farm and meet other people, get ideas and learn some new things to put into action for the coming year.

Farm-wise there has been little change since last month. Wheat that has been drilled is now fully emerged and looks good, with little difference between drills.

Seed rates may have been slightly high so I will do some plant counts later this month to see how established plant numbers compare with the estimates made when deciding on the seed rate.

My ecological focus area cover crops will now be sprayed off as soon as conditions allow.

The resulting improvement to the soil structure is amazing compared with a field next to them that has been min-tilled for the past two years.

They have walked much drier all season, with top soil in good condition and last year’s tramlines virtually invisible, other than there being no stubble in the wheelings.

They probably would have drilled well in the autumn when other fields wouldn’t, but being down as EFA unfortunately they had to stay as cover crop until now.

Whilst it isn’t a system for everyone, and we need to remain flexible, I will certainly be using cover and catch crops more in future.

Lamma was a worthwhile day out with a good mix of things to see and people to catch up with.

The move to the NEC has certainly been for the better but it is a shame there are still some of the bigger players missing from the exhibitor list.

There are a lot of machinery shows these days that must cost a frightening amount to exhibit at – and that we all end up paying for somehow. Is it time that the number is reduced, and Lamma becomes a three-day event held every other year?