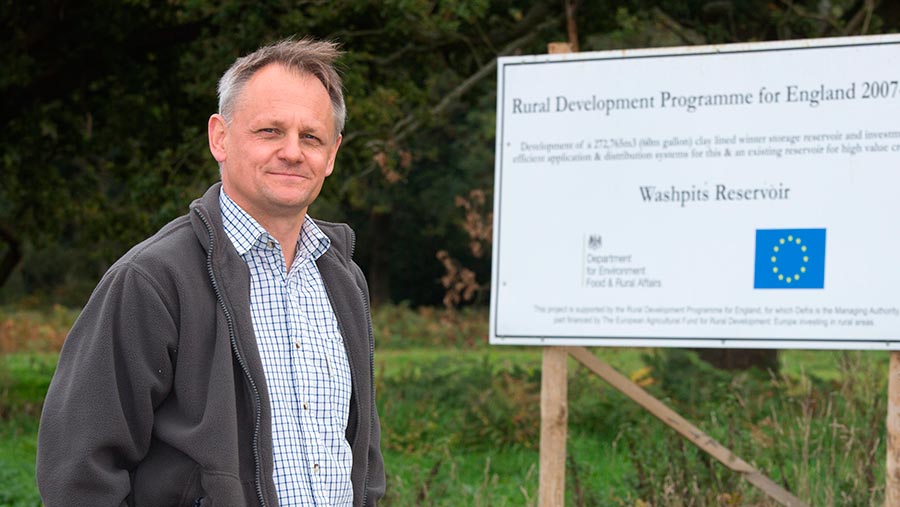 Fact: Britain is the fifth-largest economy in the world.

Second fact: Farmers in the UK will continue to be supported under the CAP.

Third fact: We have open access to a market containing more than 550 million people within the European Union, as well as access to wider world markets as a consequence of being members of that union. Need I go on?

It is without doubt all of these facts that have led to our nation’s significant financial security and provided our population with excellent-quality, readily available food at very low prices.

Now, being the balanced person I am, I need to look at the other side of the EU in-out debate. But all the outers seem to offer is supposition, hearsay and guesswork.

Firstly, that farming will continue to be supported by UK governments after we leave the EU.

Secondly, a wild theory that we will continue to have access to European and world markets with only the minimum of negotiation.

Thirdly, blind speculation that we will be able to light that much needed bonfire of regulation. Wouldn’t we all just love to step back in time to a world with no cattle passports, no payment forms, no records and no licenses to move the great crested newts?

A world where the price we sold our produce for could support our families and our businesses. All I can say is, it’s time to get real. Think about it, it has to be better to reform from within that European club than from the outside.

Indeed, a better UK interpretation of the rules would certainly help. Will our customers really tolerate us farming without their rules? Will those non-governmental organisations allow the government of the day to give us the freedom to farm with less regulation?

What’s more, will they all support us by paying more for British produce to offset the reduction in payments, given that we struggle to get them to support us now?

I very much doubt that they will in the future. We have to face all of this before we even consider what will happen to the wider economy.

Back at Euston, we are really still waiting for spring. One ray of sunlight has been the very great privilege of being awarded Suffolk’s Greenest Farm award as part of the Greenest County awards – an honour for us all.