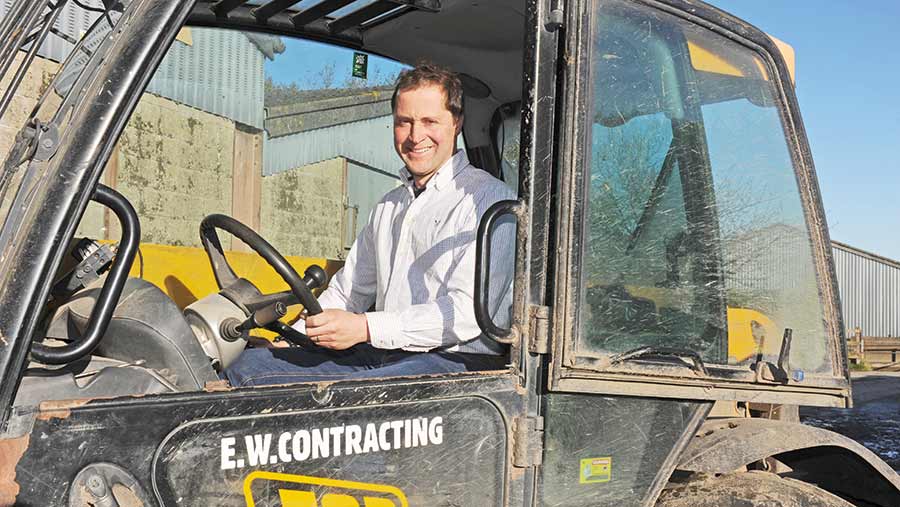 I had a strong sense of déjà vu this week as I found myself once again digging deep snow from the local roads by JCB bucket.

I had assumed last year’s cold snaps were a freak event but perhaps colder winters are now going to become the norm rather than the exception.

Before the snowy conditions some foliar manganese and compound fertilisers applications were made. Spring barley ground was also stirred with spring tines, so we should be entering the spring in good shape.

See also: Resistance to seed treatments not to blame for loose smut outbreak

We are planning defoliation trials in oilseed rape crops (using a topper) to investigate if regenerating crops do better when stems which are infected with cabbage stem flea beetle have been removed –integrated pest management techniques in action and hopefully pigeons will not take advantage!

I have been pricing up with local dealers to consider changing an arable tractor. It is daunting to see six-figure sums being quoted and it highlights the extent of farm machinery price inflation.

Bank managers often tell me the principal difference between succeeding and failing agribusinesses is differing machinery costs burdens. Making the correct, proportionate investments for every farm is a balancing act.

It is often tempting to make do and mend and defer such decisions for another year, but this can lead to an eye-watering repair bill.

For all other major inputs such as agrochemicals and fertilisers we have long used buying groups to automatically optimise prices in a hassle-free way, but for machinery we still seem stuck with more old-fashioned, individual approaches to local dealers.

Surely there is scope for either a simple online service with monthly best offers or a national co-operative organisation similar to the supermarket discounters?

Such a change would undoubtedly face huge resistance from dealers who, I suspect, prefer a divide and rule culture, and manufacturers who impose regionalised pricing policies and local targets on their dealers.

In the belt-tightening times ahead, when we may well find ourselves competing with farmers all around the world, we need complete confidence that quoted deals really do represent the best possible value for money.