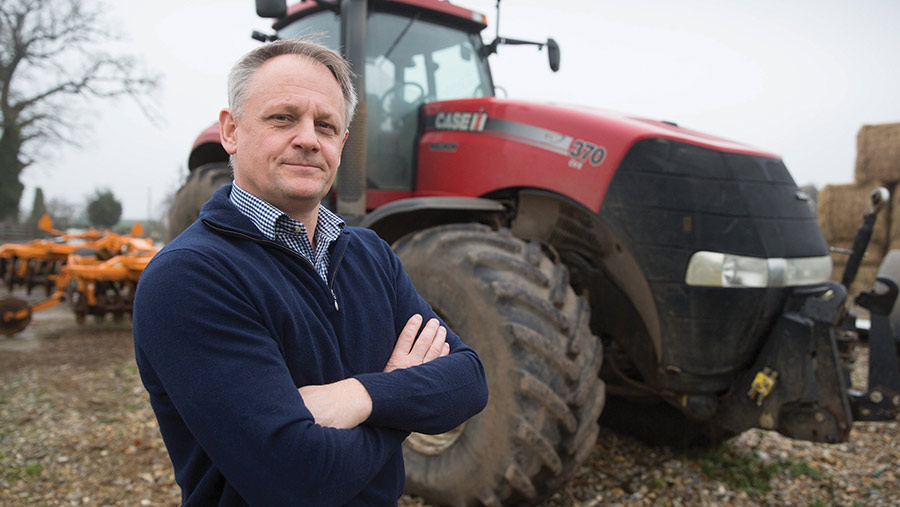 Well it has certainly been a struggle, but all of the planned winter cereals are now planted.

Arguably, there are some bits that should not have been, but when needs must, the job gets done.

At one point it did look as though the fertiliser spreader would have to be the seed drill of choice.

Thankfully, it dried up enough to allow the tine drill to travel. More realistically though, it was the land after maize or sugar beet that was ploughed, but only when we were sure that the good old power harrow drill was right behind. Between them, they battled their way through the storms.

Now all we need is a dry spell to get some herbicide on and a mild open autumn to help get things going.

On a positive note, the river has started to flow, if only a bit, so we can now start to fill our reservoirs, ready for the drought of next spring, which is sure to challenge the shallow rooting cereal crops established this autumn.

I suppose one of the key questions at the moment is how our markets will be affected come next year? How many of us have taken advantage of the present market conditions to hedge our bets on this one? Given the uncertainly, I suggest that it could be a good idea to take a reasonable amount of cover.

One of the other great unknowns these days seems to be the significant variability in yield, so just what is that reasonable amount to be?

Another question that we have faced recently is whether to extend our present Higher Level Stewardship schemes which are due to end next April, or whether to attempt to build a whole new Countryside Stewardship Scheme (CSS).

So after reviewing the new CSS options I don’t think there is any significant benefit to the business or to the environment if we build a new scheme. We will, for now at least, be continuing as we are.

This, combined with the work that we are involved in as part of the Environmental Land Management test and trial and the Breckland Farmers Wildlife Network, will help us better assess the options for the future. It doesn’t seem like we will be much the wiser this time next year, but we may have a slightly better idea.