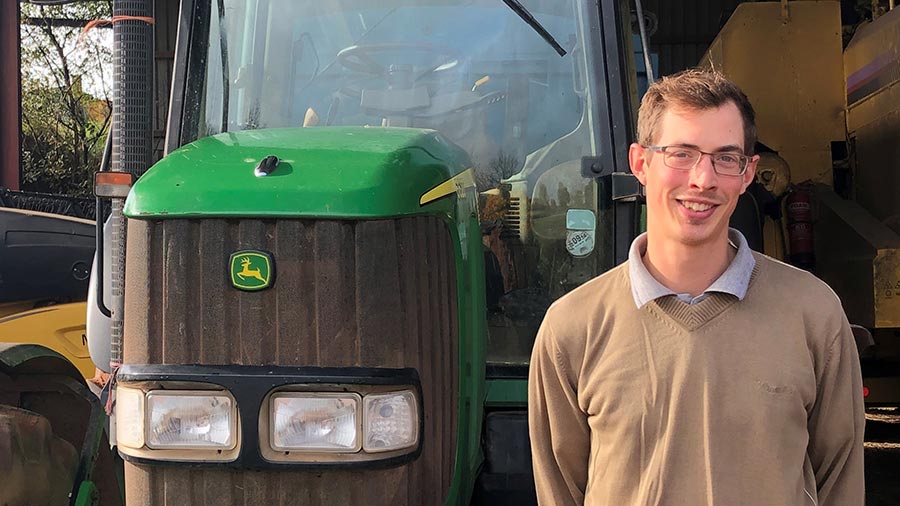 Broadcasting cereal crops rather than using a conventional drill is the main crop-establishment method for one Devon family farm, which has been successfully using the low-cost technique to establish high-yielding crops for the past 50 years.

Devon mixed farmer Michael Ayre and his son Reg broadcast all their winter wheat, winter barley, spring barley and oats using a fertiliser spinner followed by a pass of a spring tine cultivator on their 120ha mixed arable, sheep and beef farm.

The low-cost and simple-to-use system is an effective way to get crops established on their loamy soils, with significant savings on capital expenditure as the need for a drill is eliminated.

“We grow decent crops that yield well, with winter wheat yielding about 9.5t/ha. Broadcasting has always worked for us and allowed us to save on large machinery investment and contractor bills, which is why we still use the method,” explains Mr Ayre.

“It really is straightforward, with minimal outlay on cost and saves us money on labour and time. All you need is a fertiliser spinner and cultivator, which most farmers have.

“As the weather seems to be becoming more unsettled with wetter autumns, I think that more people will look into this as a viable planting option,” he adds.

All arable land at Ratcliffe Farm, near Crediton is ploughed to help reduce weed pressure, and a phosphorus and potassium fertiliser is then applied.

A pass with a spring tine cultivator with a set of crumble rollers, working at a depth of 10cm to prepare the seed-bed then follows, before broadcasting with a Sulky fertiliser spinner at a seed rate of 185kg/ha for winter wheat, spreading at a distance of 18m.

Finally, a second cultivator pass is then deployed.

“The key to successful broadcasting and good establishment is to ensure the seed is covered and mixed in and buried well into the ground, which is why the spring tine cultivator is essential,” says Mr Ayre.

A 105HP John Deere 6330 tractor is used to broadcast the seed – minimising soil compaction due to reduced traffic coverage over the land and its smaller lightweight build – while a John Deere 6620 130 HP tractor pulls the cultivator.

In total, it costs about £23/ha to broadcast the seed, accounting for labour, fuel and maintenance, using machinery that they already have on the farm.

In contrast, hiring a local contractor to power-harrow and then drill their crops would end up costing them £66/ha.

“We try to avoid employing contractors and do all the work ourselves in order to save on costs,” Mr Ayre says. 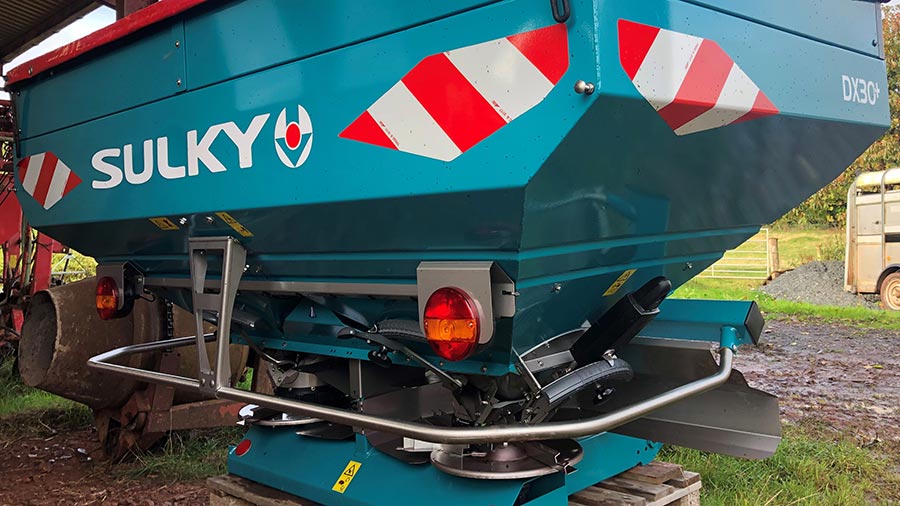 This season, broadcasting started on 5 October, with all crops planted in less than two weeks.

About half of Mr Ayre’s farm is planted to arable and the other half to grassland for a 500 breeding ewe flock and small beef herd, where five-year herbal grass leys are incorporated into the arable rotation every 10 to 15 years.

Altogether, 30ha of winter wheat, 12ha of winter barley, 8ha of oats and 5ha of spring barley were planted this year.

Grain is destined for use as livestock feed on the home farm, as well as sold off-farm to local feed company Crediton Milling and other neighbouring farms.

Mr Ayre admits that as the weather was expected to take a turn for the worse before they had finished broadcasting this October, he and his son decided to get a local contractor on-farm to help drill a small plot of wheat in order to get all crops in the ground before the weather closed in. 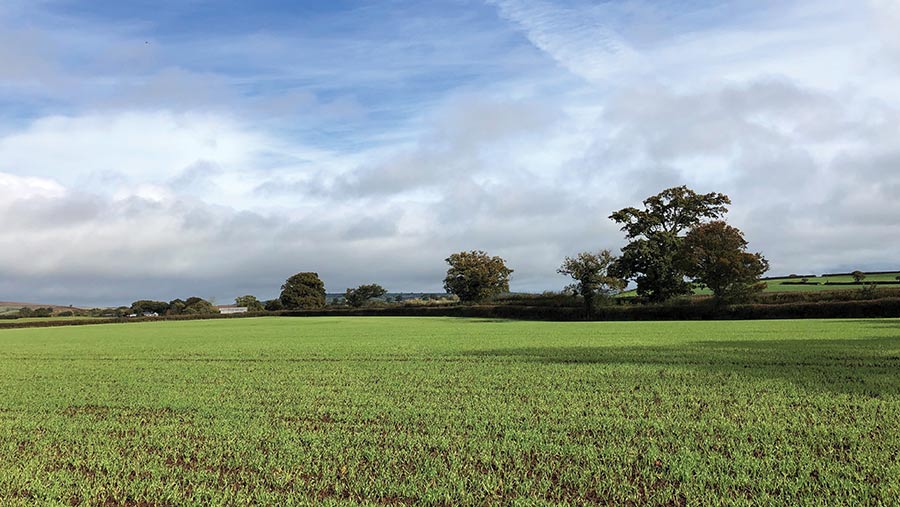 In fact, he tells Farmers Weekly that the same seed rate of 185kg/ha for winter wheat was used in the drill as he uses to broadcast, highlighting that there are no additional seed costs through the use of the method.

The farm’s agronomist Neil Potts – who works for Matford Arable and is a Farmers Weekly Crop Watch columnist – explains that Mr Ayre’s broadcast wheat yield is similar to a standard-drilled wheat crop, but he adds that the crops rely more on post-emergence sprays.

Mr Potts highlights that the technique can be a cost-effective and time-saving option for farmers and can be particularly useful in times of wetter ground conditions.

However, he admits that due to the random distribution of seed on the seed-bed it can be less effective than drilling, but states that there are always exceptions to rules.

Another downside to broadcasting is that no tramlines are created in the field. The Ayres work around this issue by matching their tracks from the fertiliser spinner spreading at an 18m distance with their Amazone sprayer, which has an 18m boom-width, to produce an in-field tramline track.

Although this means waiting a few days extra for tramlines to ripen to ensure optimum grain quality before harvesting with their New Holland TX63 combine and 17ft header, this is not usually a problem.

They found the broadcasting technique yielded as well as the other methods and that use of the fertiliser spinner significantly reduced weed populations, particularly compared with the Claydon drill, where wide-row spacing allowed for the growth of meadow grasses to establish between the rows.

The father-and-son team say that due to the broadcast spring barley being spread across the entire field, the crop had improved competition against weeds, meaning weed populations were unable to take hold, reducing their reliance on chemical herbicide use.