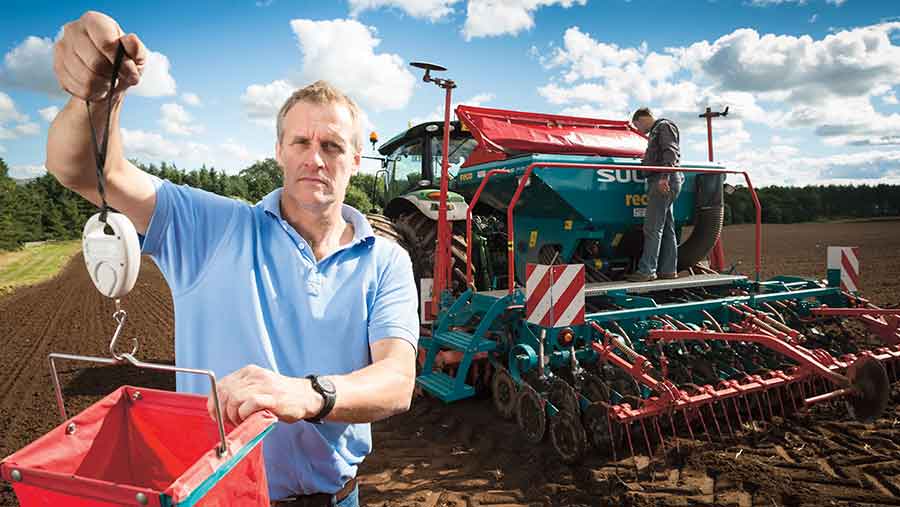 The European Union referendum is proving to be quite a hot topic among farmers. Judging by a Farmers Weekly poll, the majority of us want to leave the EU.

So where do I stand on the question? I have just completed our 2016 BPS application form and I am again slightly bemused by the acronyms and the whole process of accounting for every square meter of land.

I have done my best to ensure I haven’t slipped up on a banana skin that may cause me to lose a ridiculous proportion of the payment, because a plough share may have encroached an ecological focus area by a couple of inches.

So with this in mind, my heart says let’s get out of all this nonsense and get on with farming the land. My heart also says of course we can go it alone, selling all our wonderful produce over the whole world, free from the rules and regulations of Europe.

They need us as well. We are told we are the world’s fifth-largest economy and that agricultural imports far outweigh our exports, so we have a huge home market to fill before we need to worry about exporting stuff.

But what about my head? This is where reality kicks in. Do we really think George Eustices’ mates won’t make England’s farmers fill out an equally laborious form in order to claim some kind of support, and the plethora of regulation will magically disappear?

Like it or not, support is vital for most farming businesses. If England votes for Brexit, then it is certain Scotland will demand a second vote on independence.

This time the nationalists will win that vote, leading to the breakup of the United Kingdom. (I am now wondering how many of my English readers are saying: “Good, get lost.”)

Apparently, according to a local SNP Scottish MP, Scotland will waltz back into Europe. Who is he kidding?

By the way Charlie Flindt, I have ticked the euro box this year, and in my opinion, with a heavy heart, we are better with the devil you know.