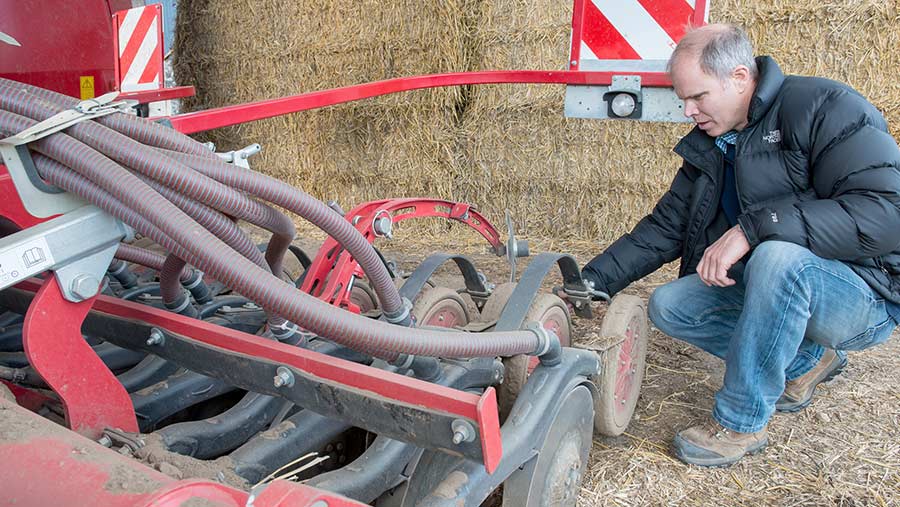 This time a year ago we had completed an easy harvest, drilled winter crops into ideal conditions at the optimum time and were up to date with the sprayer.

With decent forward prices, all looked set for a good year.

On the political front it was anticipated that Brexit negotiations would lead to a deal and that Brexit would happen at the end of March 2019.

While there was some uncertainty around this, I expected that by harvest 2019 we would at least know the level of any export tariffs and the markets would be functioning normally.

Fast forward a year and we have had a prolonged harvest, frustrated by frequent rain, and while yields were generally good, current prices mean that returns are slim.

The wet weather has compromised the establishment of next year’s crops, although we are fortunate to have been able to drill virtually all of the planned area.

At least recent increases in the futures price give some hope that sales for next year can be made at above cost of production.

While we are used to such fluctuations as a result of weather, the difference this year is the self-inflicted political uncertainty.

After two missed Brexit deadlines, we are now in the midst of a general election campaign, which here in Scotland has also reignited the supposedly once-in-a-generation independence debate.

I hope that the Scottish electorate can see from the Brexit mess, how damaging a bid for independence would be and send a strong message to that effect to the first minister.

At a UK level we need a decisive result so that by next harvest Brexit is behind us, one way or another, allowing a bit more business and market certainty.

On the farm we have started ploughing for spring barley, although this is now on hold due to wet conditions, meaning that livestock and workshop jobs are being caught up with.

There is also a long list of ditch cleaning and drain repairs, with recent heavy rainfall highlighting any problem areas.

I am sure that some ‘proper’ drainage schemes would be worthwhile, but justifying and funding this might be a different matter.