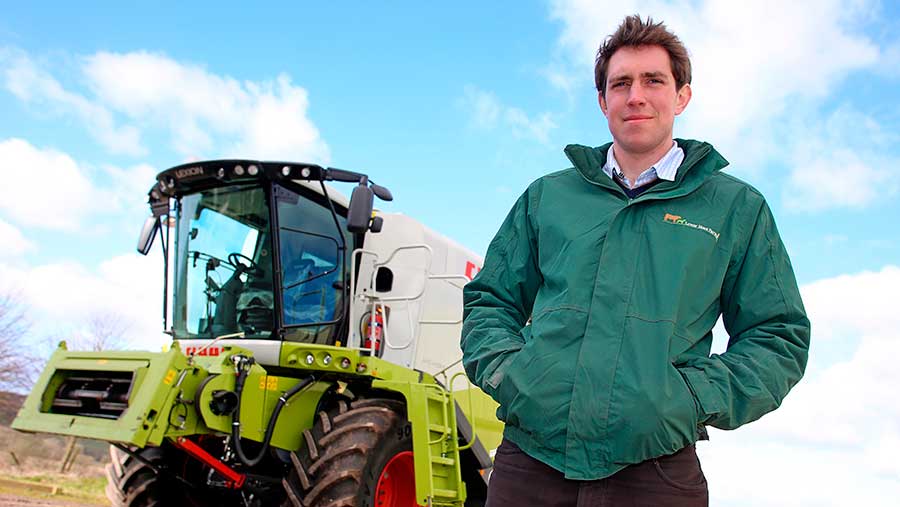 Harvest has started with the whole cropping of hybrid rye for the local anaerobic digestion plant. This seems to have gone well, exceeding our fresh weight budget.

Samples have been sent off to get the dry matter content to enable us to charge on a per-tonne-of-dry-matter basis.

We also took the opportunity to whole crop 4ha of wheat.

This was an experiment that did not quite go to plan as we tried to drill wheat straight into a one-year grass ley.

The long and the short of it is we should have used the single-row coulters.

It was also a low chemical input trial with only one herbicide and one fungicide applied, however, 160 kg/ha of nitrogen was used.

I am hoping we have got enough tonnage to cover the cost of what we spent on it.

Anyway, with the rye, it’s 14ha less for the combine to do.

We have experienced 123.5mm of rain in June – the most we have had in June since 2012 – and it came right at the time of the wheat flowering.

Unfortunately, this has not done us any favours as T3 applications were severely delayed and fusarium can now be seen in the ears.

Chocolate spot is just starting to appear in the winter beans so I am glad we took the decision to apply a second fungicide, however, the insecticide and aphicide were left out.

They are unbelievably tall and look to have podded at a nice height, so at present look promising.

Desiccation of the oilseed rape and the conventional barley is imminent, while the hybrid barley is a little bit behind.

The start of raspberry picking has also been slightly later than planned and we have taken advantage of some surplus labour from the fruit department for rouging wild oats and brome, where a herbicide application seemed unviable for the number that was there.

Harvest is now just around the corner, so God speed you all and stay safe.